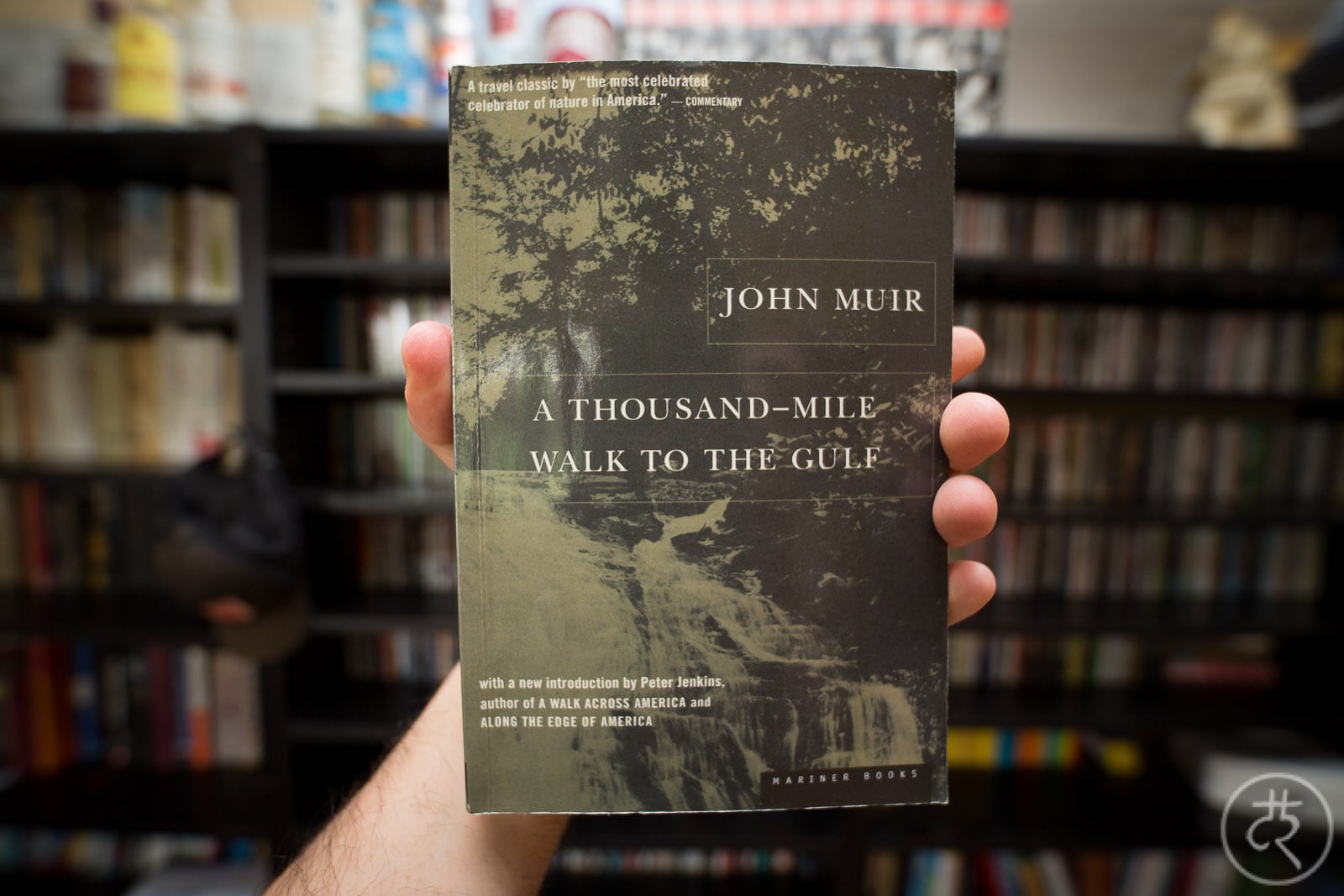 The story: it is the year 1867, and the American Civil War has only been over for about two years, when young botanist John Muir decides to take a walk from his home in Indiana to Florida. He wants to find out more about certain Southern species of plants.

So he walks to Florida, where he falls ill. Once his health is back to normal again, he takes a ship to Cuba, then to New York and to California after that.

The resulting book feels pretty much like an unedited journal: It is very short (212 pages in a ridiculously spacious font), the language is a bit laconic, and we get quite a bit of scientific information about Muir’s main topic of interest: plants.

One thing that’s irritating is the way he talks about Black people sometimes. There is this instance:

One energetic white man, working with a will, would easily pick as much cotton as half a dozen Sambos and Sallies.

And then there is this:

The negroes here have been well trained and are extremely polite. When they come in sight of a white man on the road, off go their hats, even at a distance of forty or fifty yards, and they walk bare-headed until he is out of sight.

Apart from these problems, though, I thought this book was a pretty great read. Muir is not only a keen observer, he also has the greatest appreciation for nature that you can possibly imagine.

“Man and other civilized animals are the only creatures that ever become dirty.”

He might have been just as racist as many of his white contemporaries, but when it comes to ecological consciousness, it feels like he was way ahead of his time.

Muir isn’t just a scientist and an eco-warrior, though. He is also a young, restless wanderer who sometimes feels exposed to loneliness and despair.

I feel right there with him.

John Muir’s feat of walking from the Midwest to the Gulf right after the Civil War is pretty impressive. His storytelling is good, his writing style is good, too. There are some obvious issues, but his observations and insights are awesome.

If you are into the history of ecological conservationism, or into America in the aftermath of the Civil War, read this.