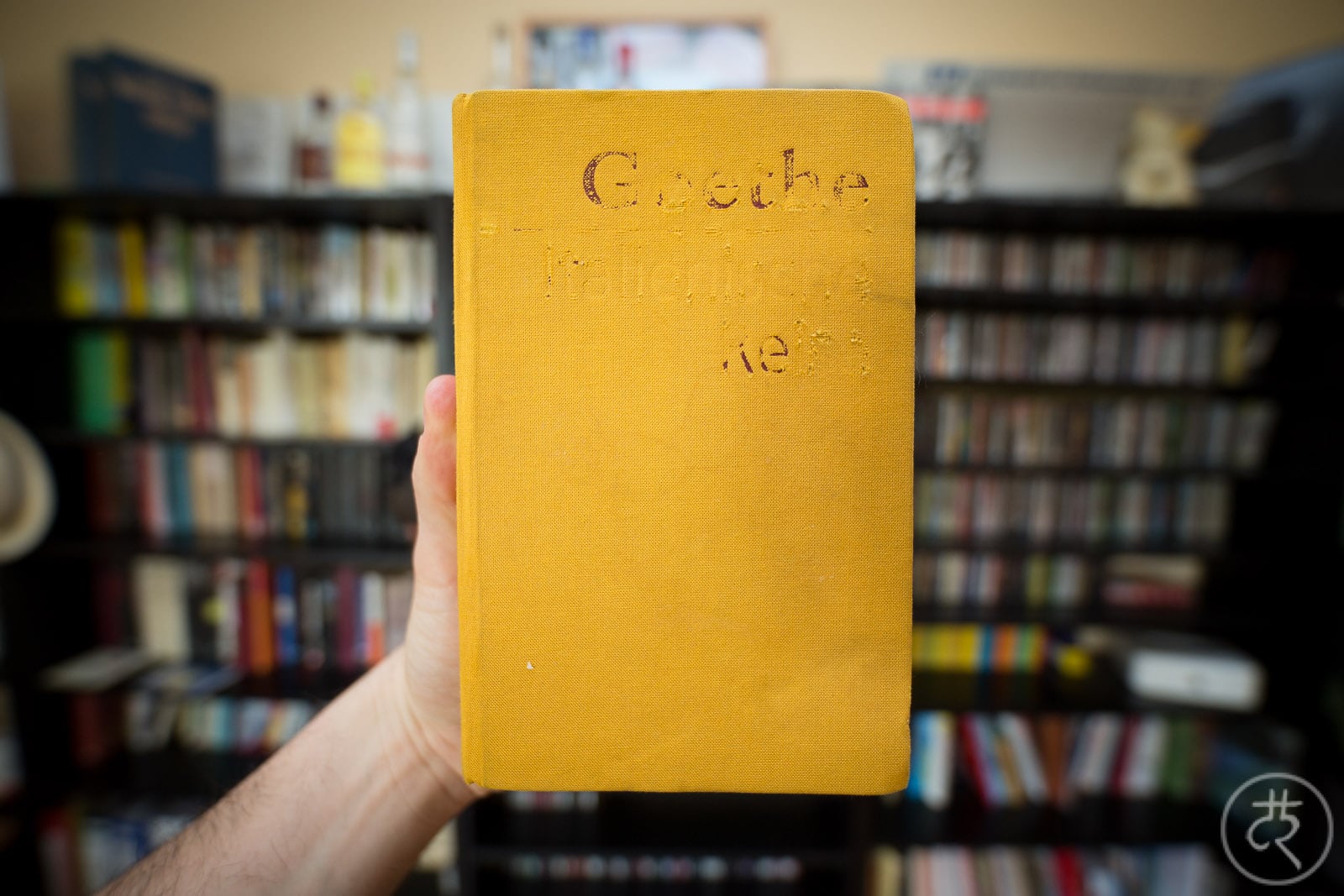 First things first: By the time Johann Wolfgang von Goethe embarks on his journey to Italy, he is already a veritable superstar: his earlier book Die Leiden des jungen Werther (The Sorrows of Young Werther) has been a real zinger, and Johann Wolfgang Goethe has consequently been made Johann Wolfgang VON Goethe in 1782.

a star breaks out

The story: in 1786, Johann Wolfgang von Goethe leaves the confines of literary Germany to look for inspiration in the sunnier climes of Italy. This is a pretty popular thing to do at the time, even though the roads through Italy were pretty dangerous back then.

Anyway, Goethe takes on this journey, hoping to broaden his knowledge of natural sciences and the fine arts in the process. Mostly traveling by carriage, he slowly makes his way all the way down to Sicily and then back. The whole journey takes him about two years.

To me, this journey seemed to be more about self-improvement than anything else. Goethe doesn’t go to Italy for fun or adventure. He goes to Italy in order to cultivate his character. He shares his observations about things like geology, mineralogy, and botany. He talks at length about the painting lessons he takes in Rome. All the while, it becomes increasingly clear that he considers himself a genius on the verge of becoming a universal genius. Goethe is dominating the German literary circles, and now he wants to become a scientist and a painter as well.

I found myself yawning and counting the pages.

does the world revolve around Johann Wolfgang von Goethe?

The thing that I found worst about this book was Goethe’s indifference towards other humans. It’s not like he doesn’t mention them at all. Most of them (the ones who are not attractive women) just seem featureless, almost like ghosts. Goethe doesn’t seem to care about them as much as he does about his own character and the cultivation of it. This book is about himself. And his genius.

He is, however, a true master of the aphorism:

”Nature is, after all, the only book that offers important content on every page.”

Goethe’s feat of traveling by carriage to Italy in the late 1700s is okay. The storytelling is okay, too, but there are simply too many “scientific” observations and artsy ramblings in it to make it an interesting read. The writing style is good, especially when he gets into aphorisms. I didn’t feel like I learned much about Italy or the way there, though.

If you’re a fan of Goethe, read this. Otherwise, don’t bother.

Also read: Matsuo Basho, another revered poet who walks, but who doesn’t suck.