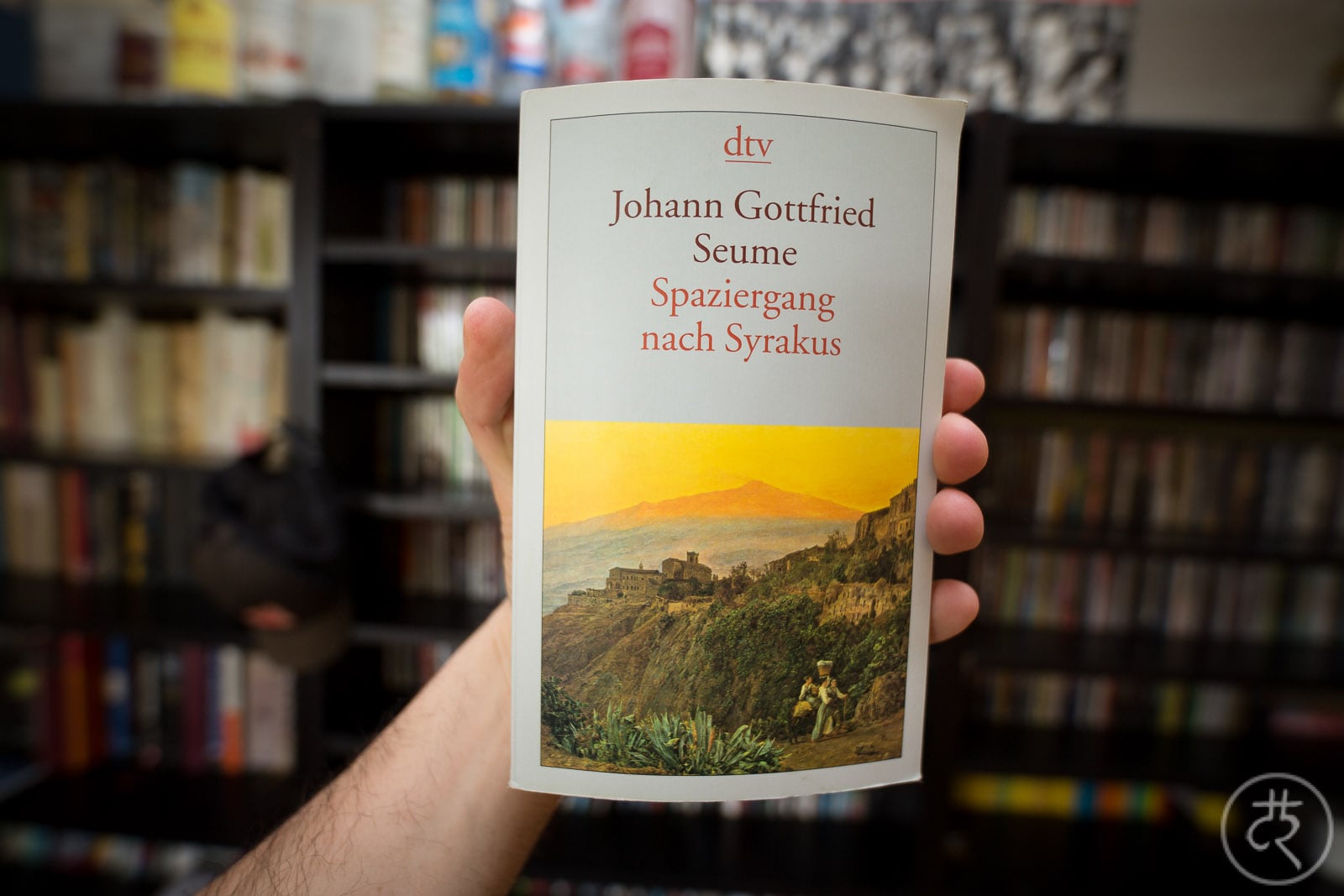 across time and space

The story: in the early 19th century, Johann Gottfried Seume, an editor from Leipzig, decides to embark on a trip to Italy, just like Johann Wolfgang Goethe and many others did before him. This is pretty fashionable among the rich and famous at the time, and for many it’s part of their Grand Tour.

But Seume isn’t rich or famous. He doesn’t do his traveling in a carriage or with an entourage. He walks on foot.

The resulting book is awesome. Seume isn’t like Goethe – he doesn’t appear to be obsessed with himself. He’s also not like the explorers of his day – he isn’t looking for the glory of adventure and discovery. Instead, he does something revolutionary at the time: he simply takes us along.

We, the readers, get to share Seume’s joys (when he reaches a place that he really likes) and his frustrations (when he gets hassled by bureaucrats) as he slowly makes his way through Germany, Czechia, Austria, Slovenia, and Italy. All the while, we are right there with him.

I am simply telling you in a friendly way about what I see, what might be on my mind, and how I feel.

on the road with a regular guy

I had such a good time with this book. Sure, sometimes it can be a bit difficult to follow Seume’s descriptions of sceneries, especially when he seems to be observing them mostly from a military standpoint (at which points a town might be vulnerable to attack, etc.).

But all in all, it’s a blessing to be able to be out there with him, walking through Europe with a guy from the early 19th century, enjoying the fruits of the Italian countryside, getting mad at injustices, celebrating the beauty that is there, and being simply… human.

I think one of the greatest things that art can do, is to allow people to share their experiences – to feel close to each other – across time and space. This book does just that.

Seume’s feat of walking all the way to Italy is awesome. His storytelling and his writing style are both great, and I really enjoyed the observations and insights he shares.

If you’re into Europe during the 19th century, or if you want to just read an awesome travel book, this one is for you.

Also read: Michael Holzach, for another account of walking that’s close to perfect.