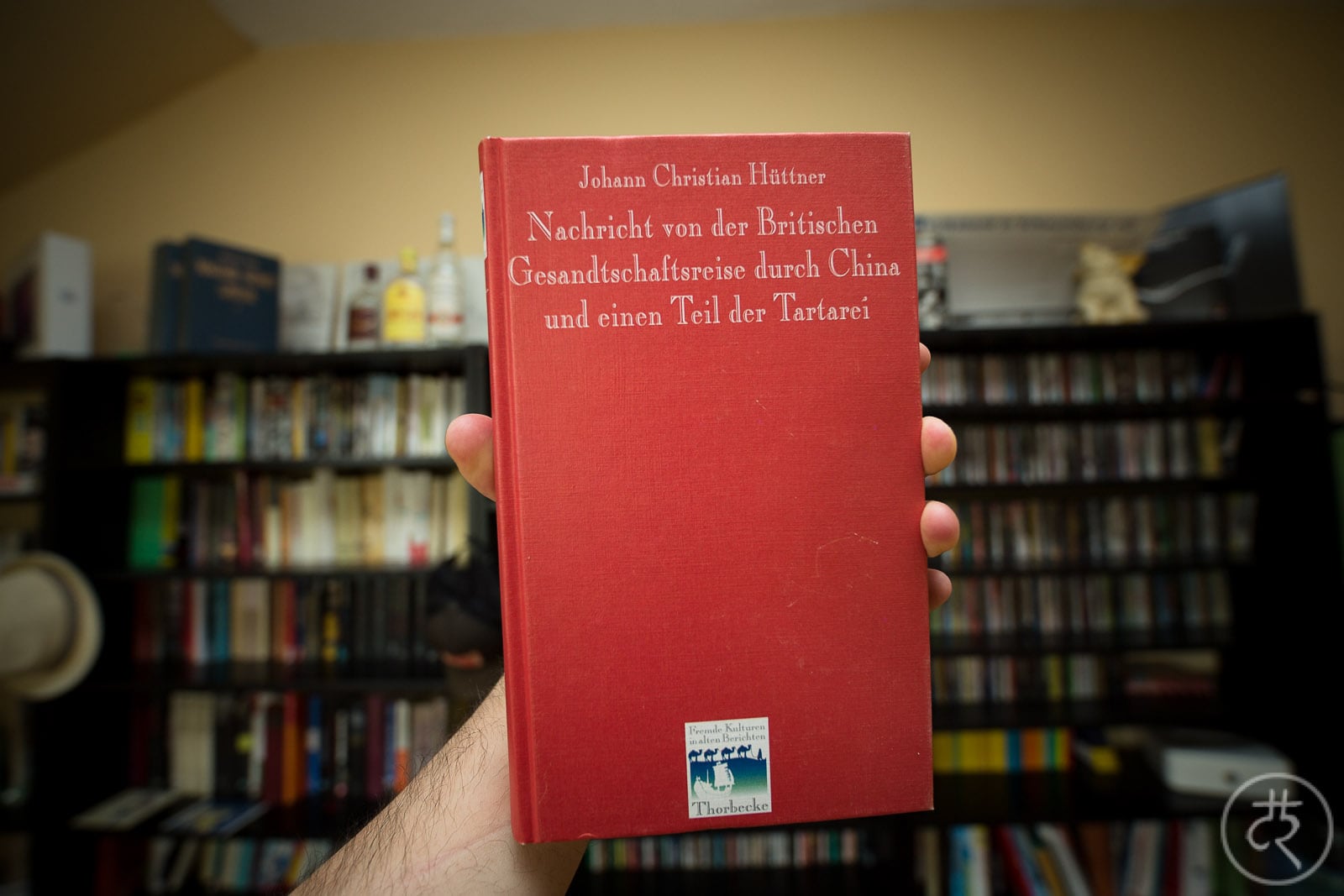 Whenever I pick up an old book (like something written during the 19th or 18th century), I feel myself hesitating for a moment, suspecting it to be another slow and painful read. But this one was a pleasant surprise.

The story: towards the end of the 18th century, Johann Christian Hüttner accompanies the British envoy George Macartney to the court of the Qing Emperor Qian Long in Beijing and Chengde. The whole journey takes about a year, and they travel mostly by ship and caravan.

During his travels, Hüttner sends letters to his friends in Germany, and some of these letters get edited and published. The edition I was reading was very lean (94 pages) and comprised a huge and helpful appendix of about 120 pages. I found the style of writing to be straight forward and amusing, making it a fast and enjoyable read.

Hüttner uses every opportunity to vividly describe his impressions of China, her people and their culture. His observations are precise, and it is fascinating to read his accounts of traditional music, eating habits, religion, and even random bits about sanitary facilities or about the facial features and the character of Emperor Qian Long.

One thing that surprised me: Hüttner seems to have a surprisingly open mind when it comes to foreign cultures. Even though he is a man of the 18th century, there is rarely ever a trace of that obnoxious condescension and arrogance which has been contaminating European travel literature for so long.

Here’s an excerpt that I found particularly enjoyable and true:

“And if the Europeans who are trading here don’t beware of offending the Chinese with their own ways in the future, then the contempt and the public insults that they find themselves exposed to will always increase.”

The feat of traveling to China with a foreign emissary in the 18th century is respectable. Johann Christian Hüttner’s writing style is nice and straight-forward. He clearly wasn’t trying to tell an adventure story, so don’t come looking for one. The book is full of interesting observations.

If you’re interested in the historical relations between the British Empire and the Qing, by all means read this.