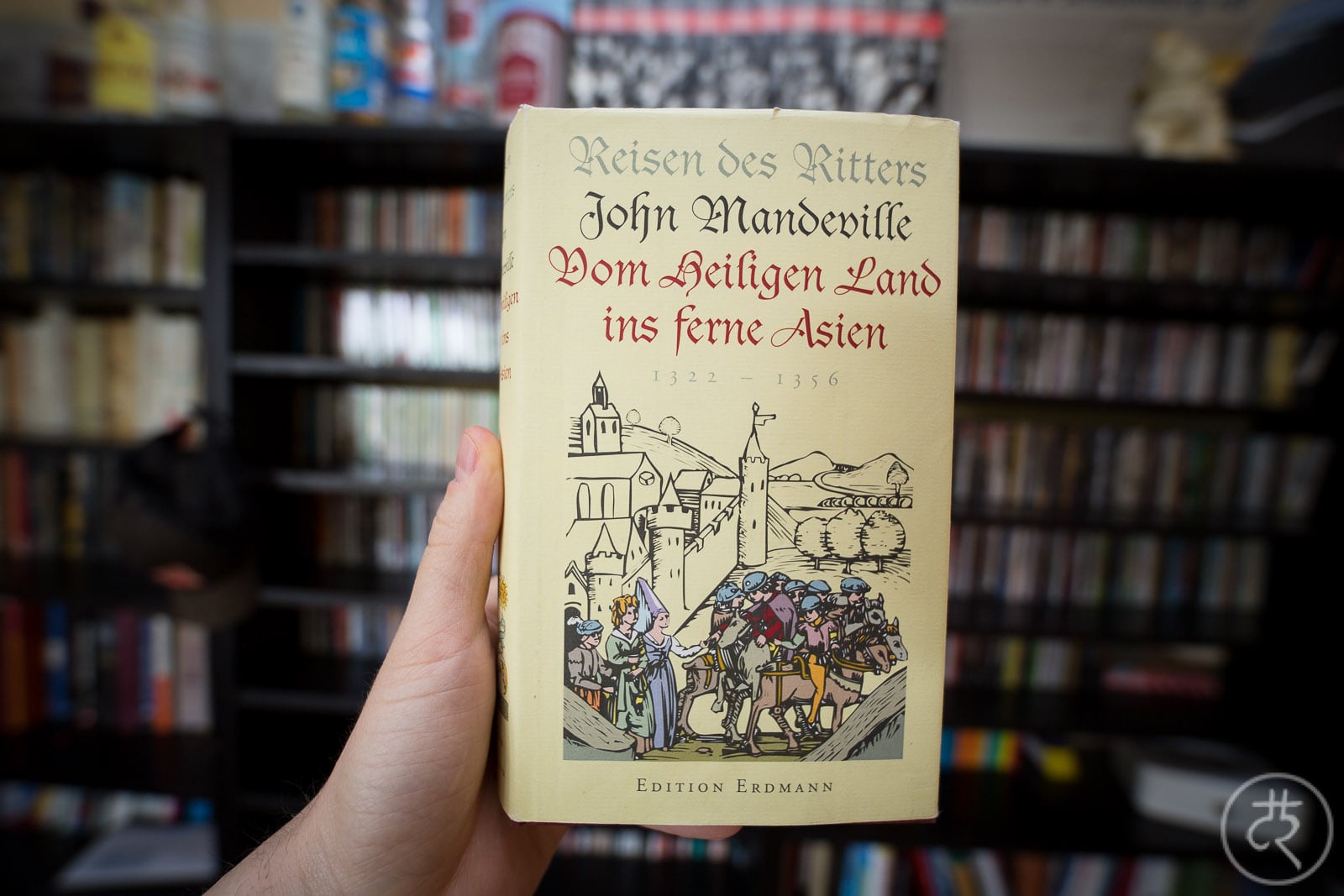 The story: in the 14th century, English knight Jean de Mandeville claims to have traveled around much of the known (and unknown) world, much like Marco Polo before him or Johann Schiltberger shortly after, or Ibn Battuda at the same time. Europe, North Africa, the Middle East, Central Asia, India, China – you name the place, and he can tell you a story about it.

Jean de Mandeville probably never existed. He might be another traveler who was writing under a pen name. But it seems more likely that a person (or a collective) compiled things from other sources (like William of Rubruck or Giovanni da Pian del Carpine), added a bit of folklore to them, and published them under the name Mandeville.

Did I say a bit of folklore? I mean A LOT. If parts of Schiltberger’s or Polo’s accounts were hardly believable, this one really takes the cake. There are monopods – mythical creatures who have only one huge leg and foot, which they use to shelter themselves from the sun. There is a land of darkness. There is a river of rocks. There are all kinds of fantastic things.

You can probably already tell that I found this book a lot of fun. Yes, the language is difficult to deal with. There is no coherent storyline, Mandeville (or whoever) just jumps here and there.

But to me, it felt like Jean de Mandeville was blueprint to some of the core elements of Umberto Eco’s 2000 novel Baudolino, which I thought was awesome. I tried to read it as a representation of the mythical world that people in the middle ages thought might be out there.

Mandeville’s feat is likely to be nonexistent, just like Mandeville himself. His storytelling is okay for the time, and so is his style. I enjoyed the insight into the medieval mind.

If you’ve enjoyed Eco’s Baudolino, or if you just want to get a glimpse into some of the more fantastic travel tales from the middle ages, give this one a try.

Also read: William Of Rubruck, for a medieval travel story that feels real.