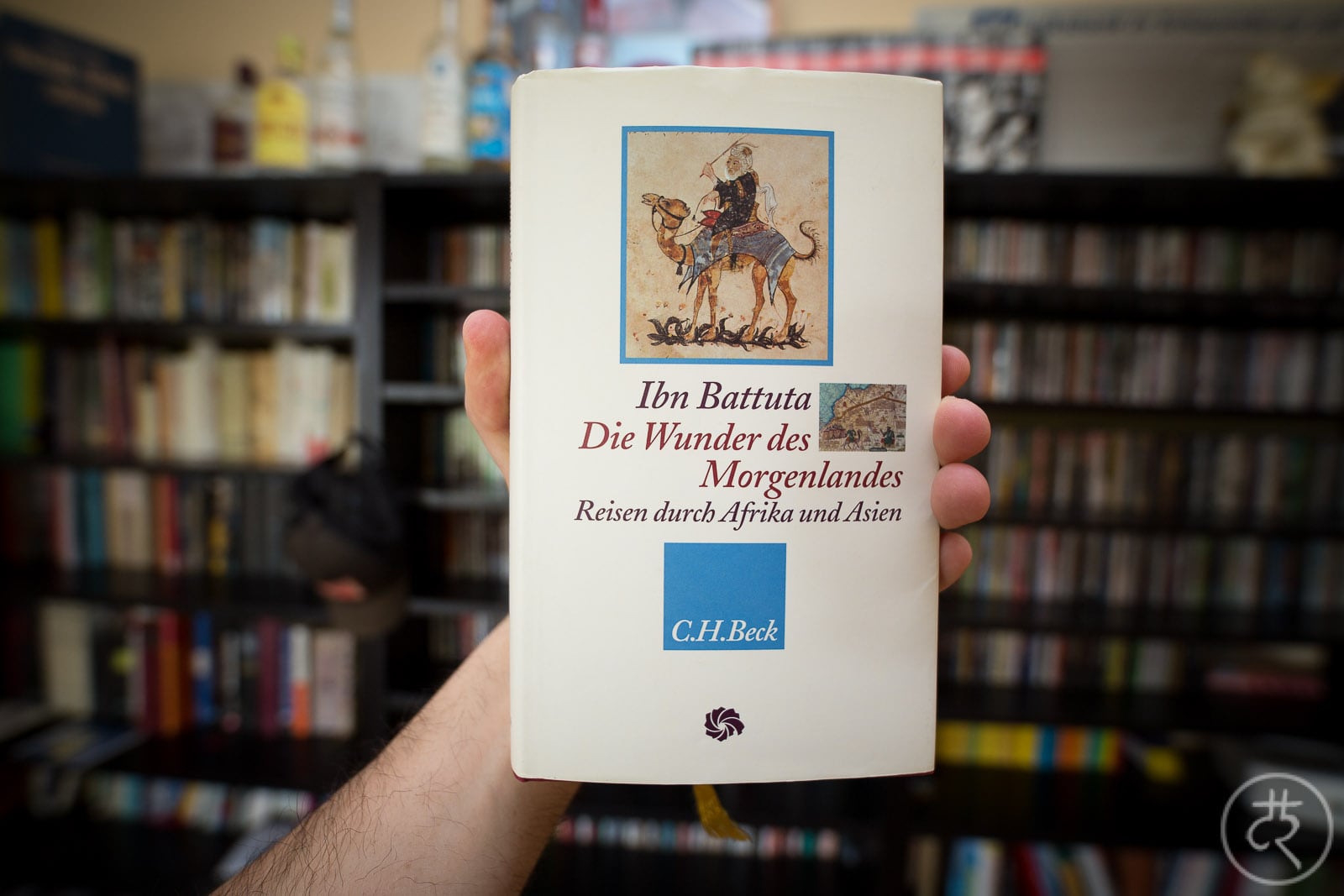 [note: I’ve been reading a German translation that was based on the abridged edition published by al-Bailuni in the 17th century]

The story: in 1325, young Moroccan scholar Abu Abdullah Muhammad Ibn Battuta embarks on his hajj, the pilgrimage to Mecca. But he doesn’t stop there. Instead he goes on and on and on, completing several journeys during the next three decades that will take him almost everywhere in the known world.

Ibn Battuta will see the East, the West, and the North of Africa, the whole Middle East and large parts of Central Asia. He will travel around the Black Sea and on to India, Southeast Asia, and eventually China. His travels reminded me of those of Marco Polo, Johann Schiltberger, and Fernão Mendes Pinto, but it appears that he covered even more distance than they did.

One thing that immediately struck me about Ibn Battuta’s writing is how much it reminded me of that of his contemporaries. His cultural background might differ greatly from theirs, but his worldview, just like theirs, is full of magic, mystery, and prejudice.

Neither Polo nor Schiltberger, Pinto or Ibn Battuta tell stories with defined overarching plots, like modern readers might expect them to. And none of them can be assumed to be truthful in their accounts, weaving in hearsay and folklore here and there.

Considering all of the above, this one was okay. For one thing, Ibn Battuta really gets around. And much like Polo, he is constantly trying to show off his awesomeness to the reader – it seems like he has an official post, tons of money, and a wife in almost every place he visits. I found this very entertaining

But on the other hand, I found this book a bit slow at times. While Marco Polo had his humorous remarks about sexual customs, and Johann Schiltberger had the raw credibility of someone who walked with the Tamerlan, Ibn Battuta seemed a bit stiff most of the time. It was as if he wanted to constantly wag his finger at all the things that went against his religious beliefs. That doesn’t make this a bad book, but it does make it a bit slow.

Ibn Battuta’s feat of traveling so much of the world during his time is very impressive. His storytelling is okayish, and so is his writing style. Like I said, it can be a bit slow. However, there are some interesting observations in this book.

If you’re a fan of Medieval travel writing or of the Islamic world in general, give this one a go.

Also read: Odoric of Pordenone, for an account of a journey just a decade before.