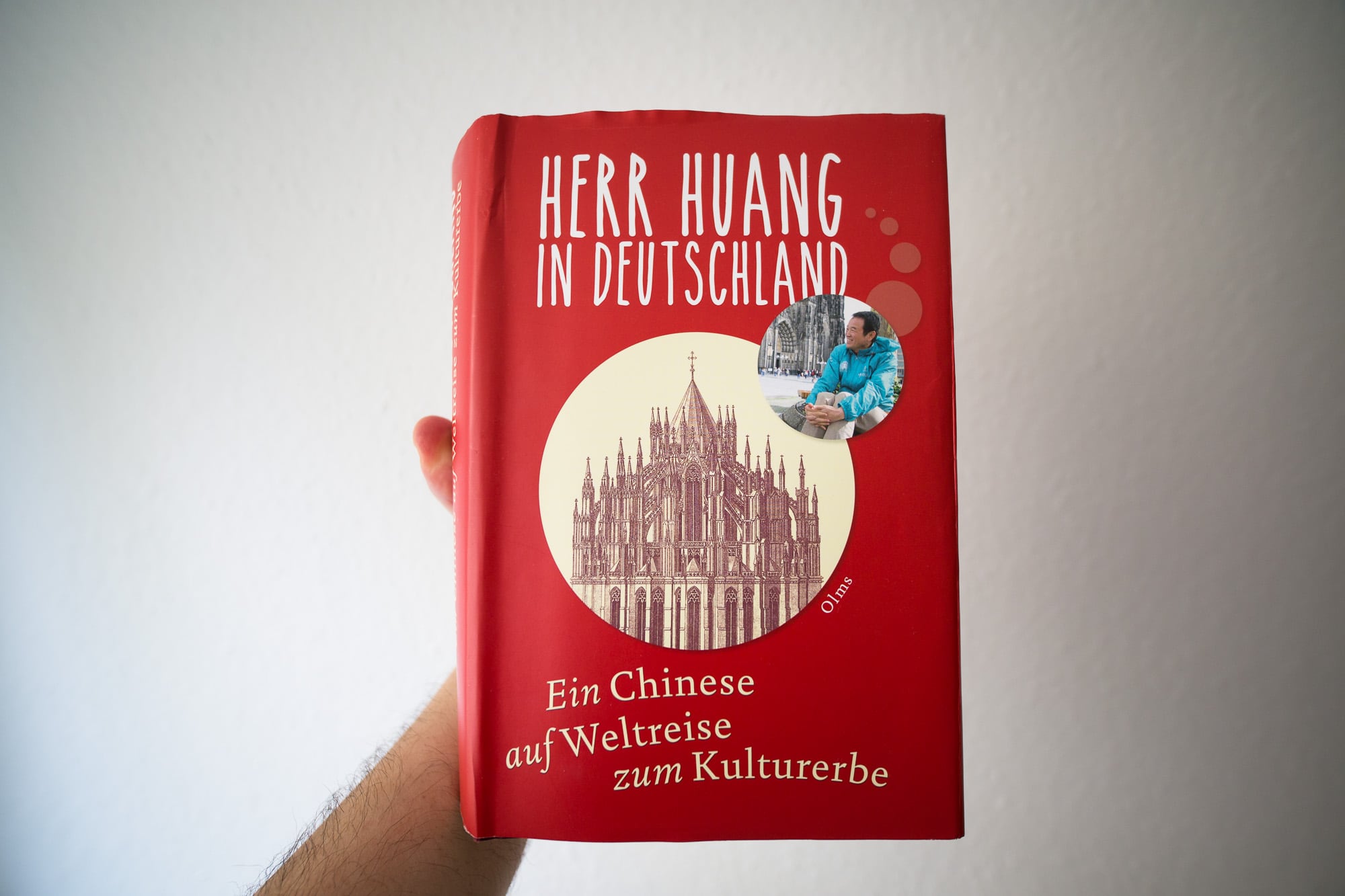 [note: I’ve been reading a German translation – not sure if the Chinese original has ever been published at all]

The story: in the early 2010s, Huang Nubo, a Chinese billionaire who climbs mountains and writes poetry, gives to charity, and supposedly tries to protect cultural relics in China, decides to embark on a mission that is supposed to last him ten years: a visit to each and every World Heritage Site on the face of the earth.

He starts with Germany, spanning the 30+ sites that the country has to offer within 26 days. And he travels in style: only flying first class, only staying in the best hotels, always being accompanied by an entourage of at least two people (sometimes half a dozen).

During this trip, he talks to the rich and to the poor (though it’s unclear how much he has to rely on an interpreter for this), and he keeps notes in a rather unorthodox style: he speaks into a dictation device, and a team then transcribes his thoughts and enriches them with researched materials. He also has a personal photographer who is responsible for photographing and filming his endeavors. So far so good.

Let’s stay with the word “good” for a while. What good things can be said about this book? Well, there are a few things.

There are a number of bad things about this book, though.

Sometimes Huang tries to inject some quotes from the likes of Nietzsche, Heidegger, or Foucault into his stream of thought. But it often has a generic feel to it, like something a student would do in a poorly prepared thesis paper.

The worst thing, though, is Huang’s cynicism. When a German journalist asks him about human rights he responds in the following manner:

“Germany always says that there are no human rights in China. (…) So I’m asking: what about my human rights here? (…) Why do I get fucked over by hotels here? Why do they claim to have a gym when there really is none? Why do they say breakfast is included, but when you’re done eating these words don’t count anymore and they hand you a bill?”

Yes, this is apparently what “human rights” mean to him: free breakfast.

Huang grew up during the Cultural Revolution and then got into Peking University, one of the most prestigious institutes of learning in the country. During the 1980s, he worked at the Publicity Department of the Communist Party of China, which is one of the main propaganda organs (and also in charge of media censorship). During the 1990s, Huang got his MBA and started a successful business, getting involved in real estate and tourism.

And then he became a billionaire. And then he wanted his free breakfast.

Huang’s feat of traveling around Germany is less than nothing. His storytelling is bad, his writing style is okayish at best, but some of the information his writing team provides is okay.

If you’re interested in the stream of thought of a self-obsessed Chinese billionaire in Europe, you have found what you were looking for.

Also read: Jack Kerouac, for a much better stream of consciousness.