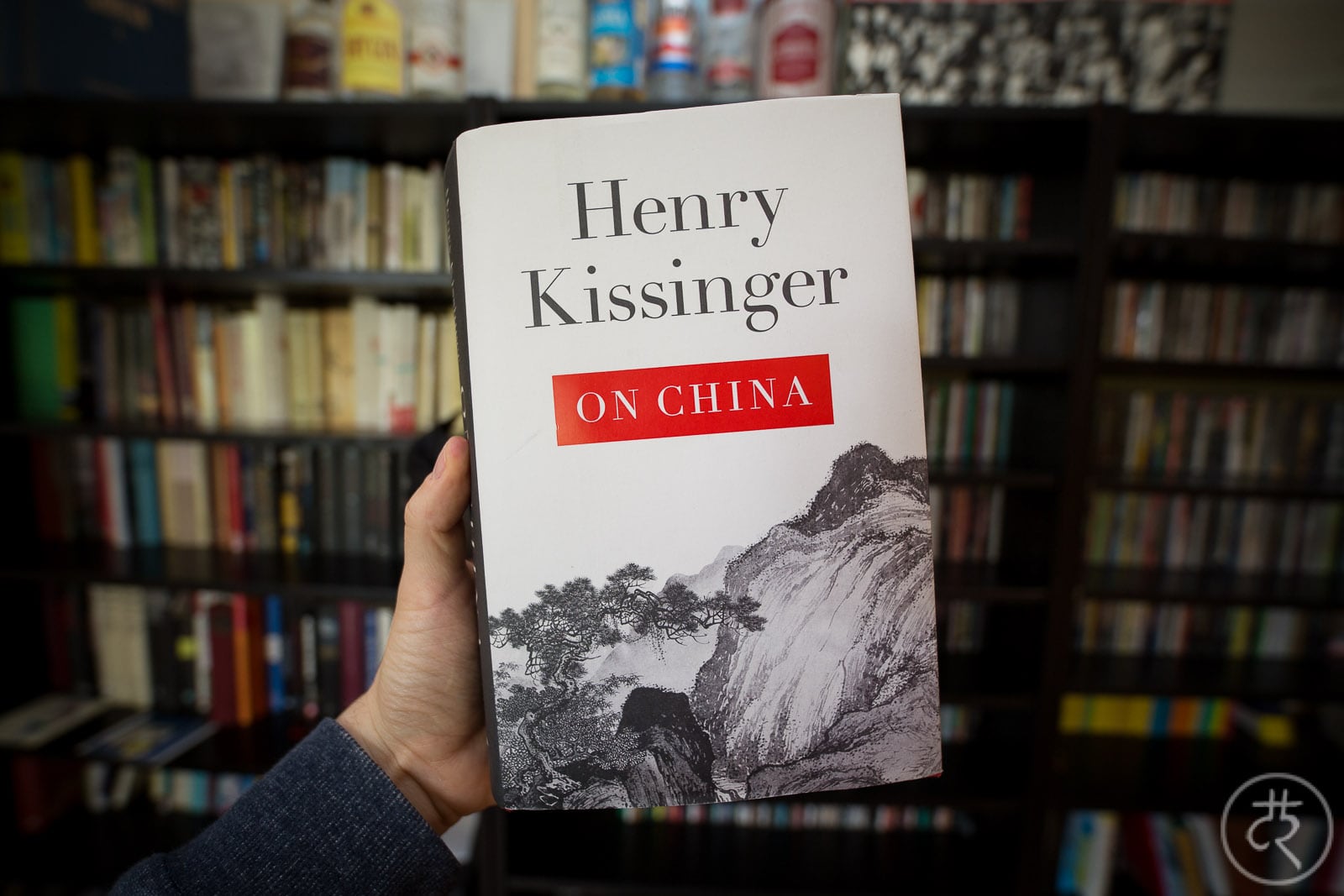 The story: HK, a diplomat working for the Nixon administration, gets dispatched to the People’s Republic of China in order to prepare for a rapprochement of the United States and the PRC. Over the next few decades, he engages in numerous official and non-official talks with different Chinese leaderships. This book is a compilation of his thoughts on China in general and on Sino-American relations in particular. HK, being a statesman, doesn’t have to come up with all the knowledge by himself. He has some researchers working for him, so the facts are basically reliable.

The book starts off with a basic overview on Chinese history. This is not an easy task, yet HK does okay. You can’t help but notice that he strongly focuses on two things though: 1) the “singularity” of China, and 2) issues of strategy. Of course you could go and read some other literature if you wanted to get a more balanced view on China, but that’s not what this book is about anyway.

It’s around Chapter 8 or 9 that things start getting interesting. This is when the United States and HK himself step into the picture. Unfortunately, “interesting” can also mean “weird”, because at this point, you start to understand that HK has a tendency to explain everything, and I mean everything, with some sort of “ancient Chinese way of thinking” – mostly evoking Sunzi (孙子, a.k.a. “Sun-tsu”, alleged writer of “The Art of War”), the 36 stratagems (三十六计) and the strategy game of Weiqi (围棋, often known as “Go” in the West).

And it gets worse. If you buy into HK’s version of things, everything any high-level PRC politician has ever said or done is absolutely brilliant. Think of it as a sort of giant think tank made up of savants who are constantly applying their mysterious ancient Chinese way of thinking. And boy is America lucky to have HK in the field to negotiate with those geniuses!
After a while, I couldn’t help but think that HK is probably something that a diplomat should better not be: naive.

It’s not a bad book though. Within the last chapters, HK offers some interesting thoughts on future geopolitics and the development of Sino-American relations. Also, I agree with HK that China has made tremendous advancements in the last thirty years, not only economically. He makes a strong point of being respectful to the Chinese, whom he claims to have sympathies for, and while I think that it should be everyone’s basic understanding to be respectful towards all foreign or non-foreign entities (something we too often fail at), you could probably argue that HK’s sympathies towards the Chinese people, while being existent, are never more important than American utilitarianism. Of course it’s nice for the US to have China as a new ally on its side against the USSR, but why would you write something called “On China” and not so much as try to give a rounded perspective on the senseless deaths of millions during Mao Zedong’s “Great Leap Forward” and the so-called “Cultural Revolution”? And what do you really think of a leader who bullshits his way around common sense by saying stuff like:

“The concept of human rights involves traditions and moral and philosophical values. These are different in China than in the West. We believe that the Chinese people should have more democratic rights and play a more dominant role in domestic politics. But this should be done in a way acceptable to the Chinese people.”

(Li Peng to HK, p.464, interpreted by HK as an “affirmation of the need for progress toward democratic rights”)

Yeah, well. Another example of that ancient Chinese way of thinking I guess. Try to tell that to those millions of Chinese people who are not quite convinced of the brilliance of their leadership.

If you read this book, don’t expect it to be actually “on China”. It’s about politics, and much of it is about HK himself. Like a boxer looking back at a career in the ring, he is trying to tell you about the awesomeness of his former opponents, and about his own awesomeness because he was able to deal with them.
Come to think of it, this metaphor doesn’t work. HK is not a boxer, he is a “lion tamer”. He is the guy with the whip who steps fearlessly into the lion’s den, and now, being an old man and looking back at those days with those lions, they just seem so beautiful and big that he just has to tell you about it.

An ancient way of human thinking.