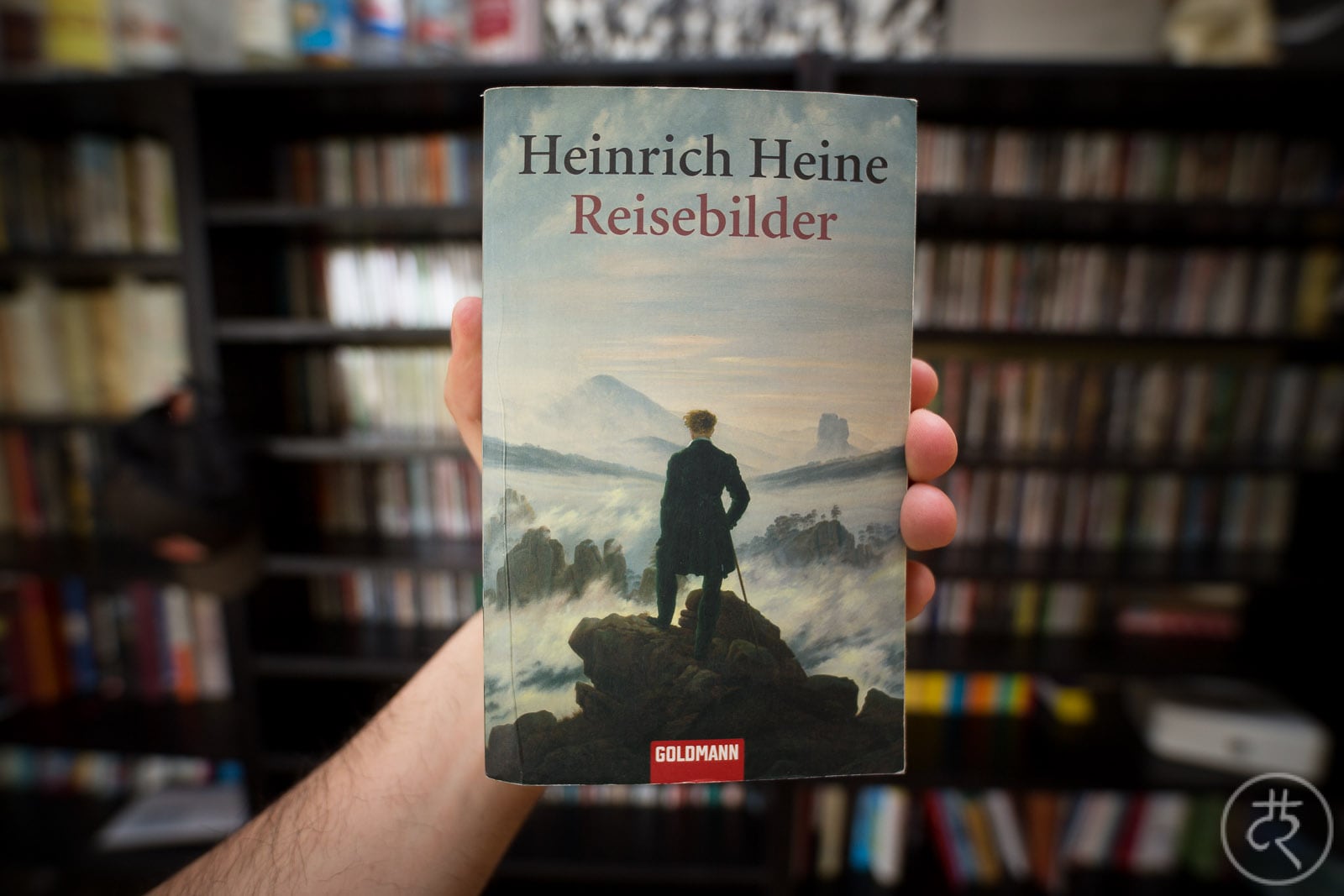 The story: in the early 1820s, Heinrich Heine is already a pretty successful German poet/journalist. He goes on several journeys to Berlin, Poland, the Harz, the North Sea, Italy and England. He travels mostly on foot, and he writes mostly about nature and society.

The resulting book doesn’t have an overarching story. Instead it’s a collection of individual travelogues.  i.e. one is about Berlin, the other about Poland, and so on. And while some of these stories are truly great (the Harz), others can feel a bit boring (Berlin, Italy).

One thing that I loved about Heine’s writing was his sharp tongue – some of his depictions of people were so mean that I actually had to laugh out loud when I read them. And he writes very well about nature, too.

Here’s how he talks about Göttingen, the city where he used to be a student:

“The city itself is lovely and most pleasing to look upon with your back turned to it.”

What I didn’t like were some of the parts that seemed to lack movement. Heine’s account of Berlin, for example, seemed less like a travelogue and more like a momentary snapshot of Berlin’s high society – who hangs out where, which café has good coffee, and so on. I yawned a lot when I was reading this stuff.

Heine’s feat of (mostly) walking through these places in the early 19th century is pretty cool. His storytelling is patchy – sometimes it’s awesome, sometimes not so much. His style is always great, though. And his observations and insights are nice.

If you’re into 19th century Europe, or into travel writing in general, read this.