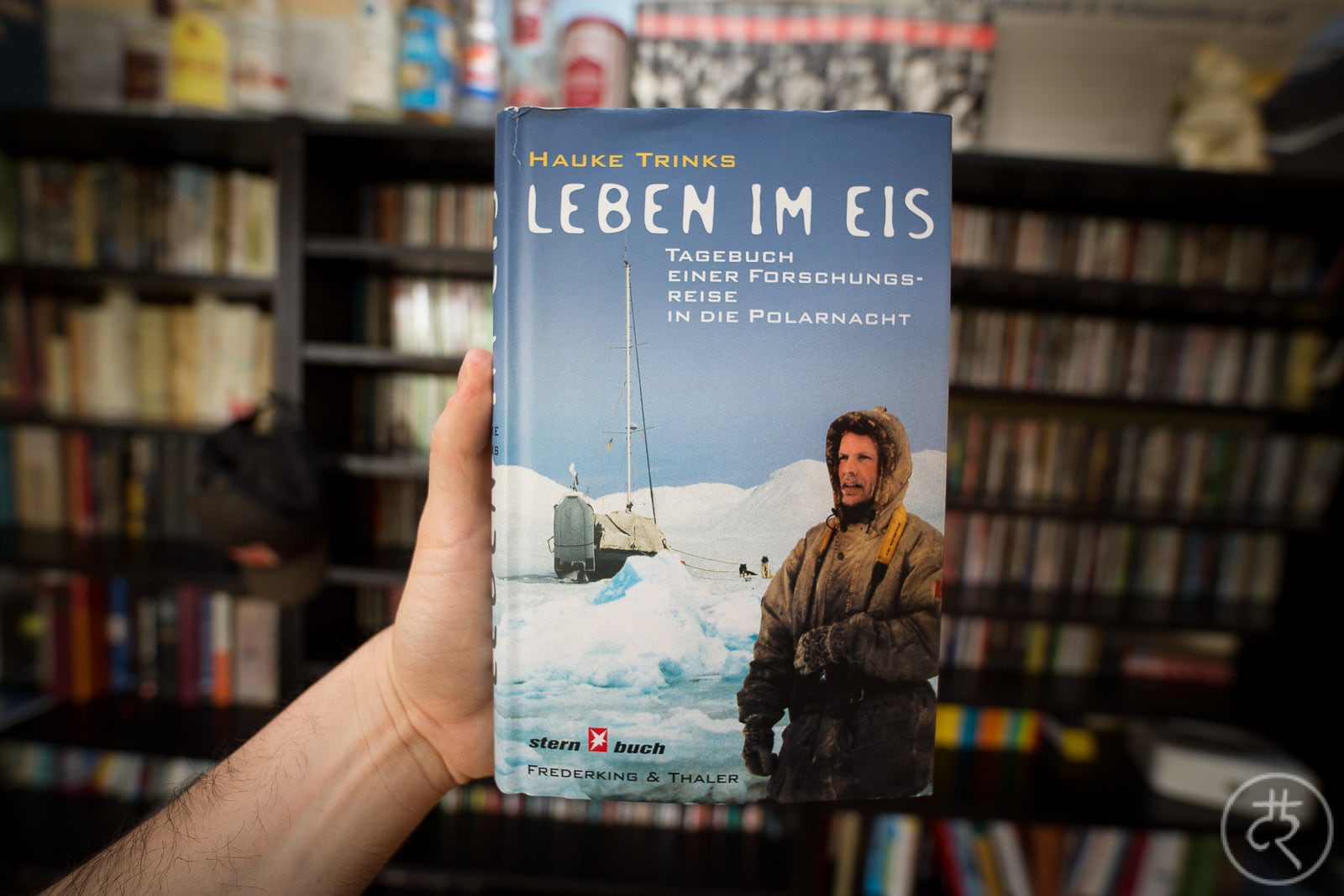 The story: in the year 1999, Hauke Trinks, a German professor of experimental physics, decides to do some long-term experiments within the Arctic Circle. So he sails to Svalbard (an island in the far north of Norway) and anchors in an isolated bay.

He then stays there for a year, carrying out scientific experiments that are designed to support his theory that all life might have originally evolved in the molecular structures found in ice.

Hauke Trinks between adventure and science

The scientific parts are quite readable. They feel a bit like popular science articles out of a publication like the National Geographic magazine.

I was more intrigued by the adventure story, though: in the course of his expedition, Trinks and his two dogs learn to master life in the Arctic, hunting seals and defending themselves against polar bears. He doesn’t even shy away from scuba diving in the middle of the Arctic winter.

History as a mirror

It’s an interesting and well-crafted read. One thing I particularly liked was how Trinks interspersed his own account with that of a group of trappers who had been stranded on Svalbard long before him. This created a mirror effect that I quite enjoyed, and it made the story less monotonous.

Sadly, sometimes Trinks tends to become a bit repetitive, especially in his musings about the philosophical aspects of living alone in the ice.

“There are no regulations out here, and no bureaucracy to paralyze creativity like some kind of sticky goo.”

Trinks’ feat of hibernating alone in the far north is great. His storytelling is pretty good, and his writing style isn’t bad, either. The way he manages to make is science accessible is very impressive.

If you’re into the Arctics in general, or if you want to find out more about the possible origin of life itself, read this book.