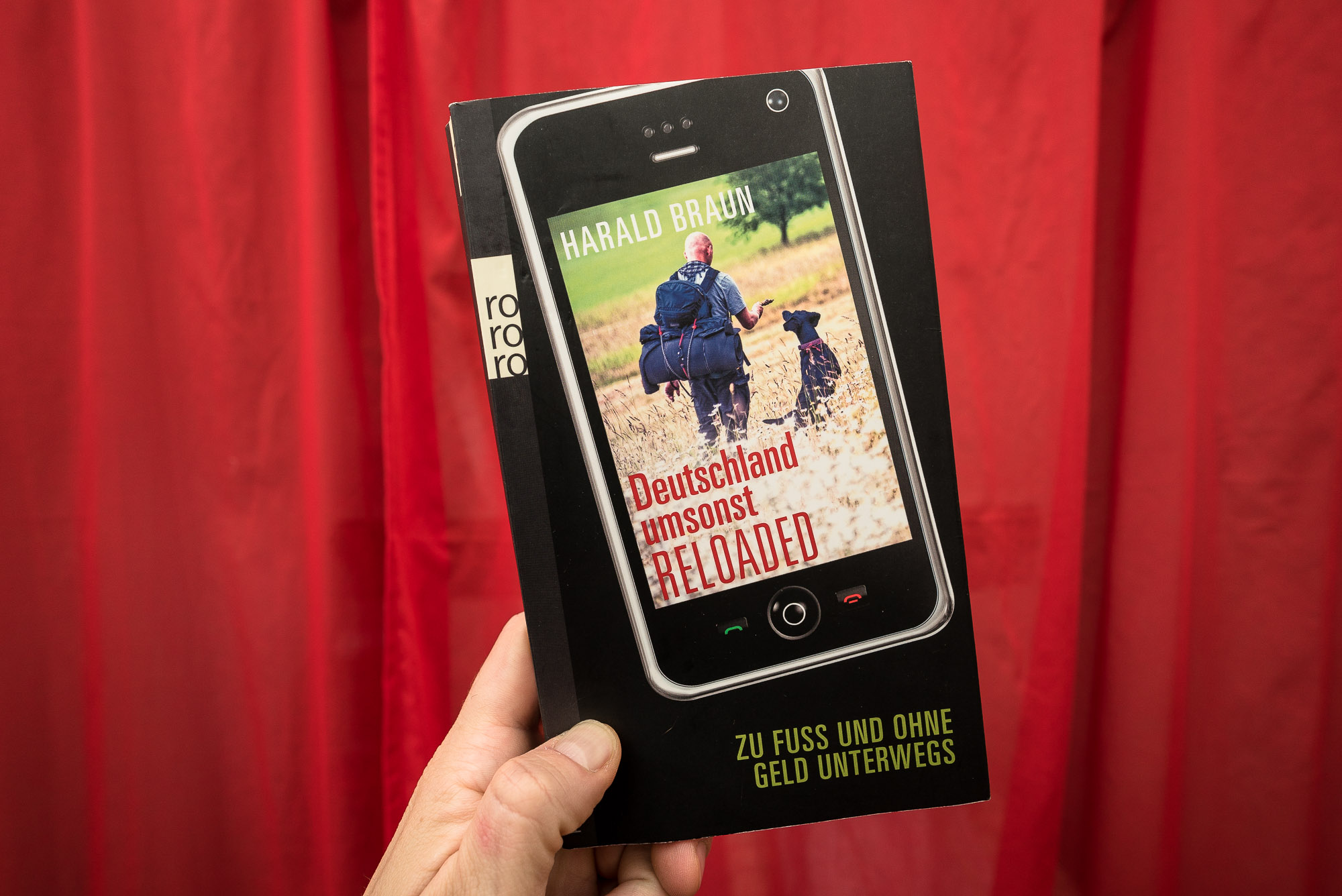 The story: in 2011, German journalist Harald Braun feels inspired by Michael Holzach and comes up with his own version of the idea of walking pennilessly through Germany: he decides to publish live updates of his journey, thus increasing his chances of getting support from people along the way.

He sets out in May, takes his dog along, and they walk for about three months.

The book is horrible. Braun walks around, sure. But he also spends a lot of time explaining his decisions, sometimes even apologizing for them:

The thing is: this is Braun’s adventure, and if his decisions make sense to him, that’s fine. I want to be able to understand them from the story itself, not because he explicitly explains everything to me. The whole book reminded me of Rob Lilwall and his constant apologizing.

Also, this book was just badly written. As much as I hated Paulo Coelho, at least his writing was smooth (to be fair, I was reading a translation). But Braun did a very sloppy job here.

There is an instance where he has to patiently wait for a meal, which he describes as a “triumph of the will”. Another time he worries about the possibility of rain, which he calls an “inferno”.

And then there’s the instances where Braun is just being outright ignorant. For example, at one time he muses about the differences between himself and people who are actually destitute. In order to be more like them, he says, he would have to “decline mentally as well, lose my self-confidence”. Really?

He apparently doesn’t even understand Holzach:

“Did he [Holzach] really have absolutely no sense of humor?”

I found myself wondering if Braun had ever really read Holzach.

I think it’s easy to see this book as “sacrilegious” towards Holzach’s legacy. I wouldn’t go that far. Anyone is free to walk around pennilessly and write books about it. Sure, using the exact same title as the original means setting the bar pretty high for oneself, but even this didn’t bother me that much.

The problem here is of a different nature: it’s a bad book.

Braun’s feat of walking around Germany for three months, relying mostly on social media for sustenance isn’t bad. His storytelling is bad, though, and his writing style is terrible. His observations and insights are negligible.

If you are desperate to read something about walking, you can give this one a try. If you liked Holzach’s book, then don’t.

Also read: Rewi Alley, because you must be a masochist. 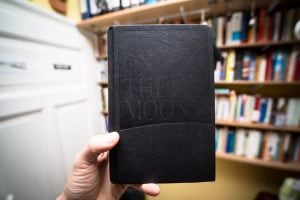