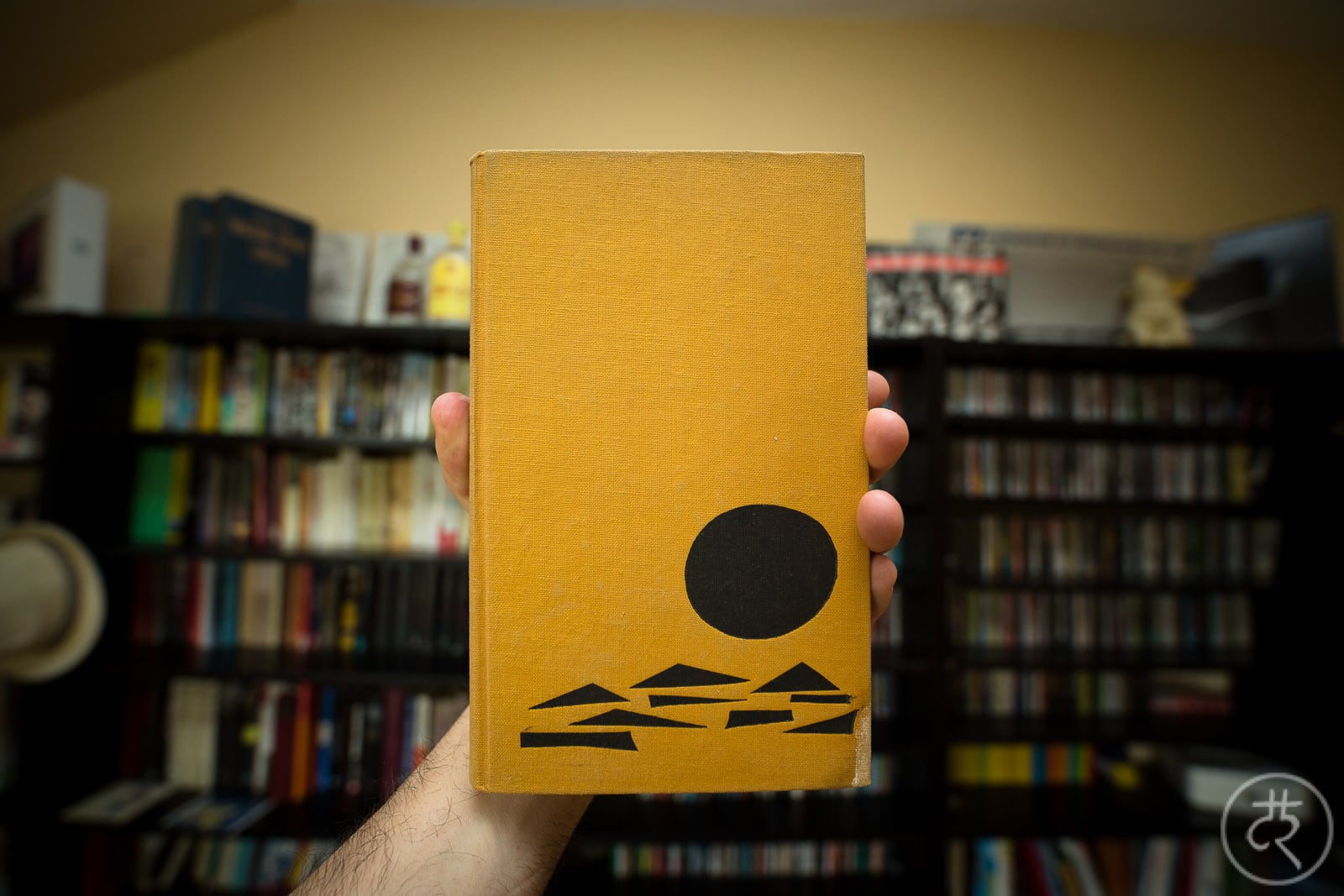 The story: we’re in the mid-1950s, and the world has just entered the Cold War. Hans Ulrich Kempski is one of the best known journalists in West Germany.

He visits Japan and China, both of which are on the periphery of the two main political blocks. He talks to politicians there, wanders about, and comes up with a bunch of articles describing and analysing the things he has seen. This book is a collection of those articles.

Unfortunately, there is only one way to put it: Kempski failed. But his failure is an interesting one.

Let’s talk about some good things first though: Kempski writes well, there’s no doubt about it. The whole book flows like a rivulet, easy and light.

And he has a keen sense of observation: when he muses about the role of Shanghai in the eyes of the Chinese Communist Party, when he talks about colored socks as an indicator of individuality, or when he tells us that Mao Zedong’s presence in his “palace” was usually indicated by a raised flag (I suppose on Tiananmen Square). These are all very interesting things to read about.

In fact, had Kempski stuck to mere description and dropped the idea of analyzing things, the book would have probably stood the test of time. But he didn’t do that. And in retrospect, we know that a great part of his “insights” and “predictions” were just terribly wrong.

I don’t know much about Japan, so I am only going to talk about Kempski’s assessment of the economy here: Japan, he says, will have reached the peak of its economic rise soon. Soon? Remember, we are in the mid-1950s. I’m not sure what “soon” is supposed to mean: 10 years? 20? 30?

From what I know, the Japan of the mid-1950s shifted to a more liberal economy, and then went ahead and slammed the automotive and electronic industries of the United States and Europe for the next few decades.

Let’s get back to China though. Kempski concludes that Mao is the “heart and brains” of China. Now it might have looked like that to him, but in hindsight it seems fairly obvious that in pre-1958 China, it was actually the pragmatists around Liu Shaoqi who were functioning as the administrating “brains” of China.

Mao, at that time, was busy messing with the people he had identified as “opponents”. But Kempski misses this point as well, claiming that Mao’s Hundred Flowers Campaign (百花运动) must have been a mere call for critique. Because if we know one thing, it’s how well Mao dealt with criticism. Hehe.

I am not going to list all the things that Kempski got wrong. It’s his general attitude that makes him both likeable and tragic. At one point he says:

“…it is a relief, particularly for the foreign journalist, that both doublespeak and the inclination to show off Potemkin villages are unknown here. There hasn’t been another country in the world where I have been subjected to less propagandistic manipulation.”

Anybody who has read Edgar Snow or paid attention to the level of security around main media outlets in China will understand the importance that propaganda plays in the political concept of the Communist Party. In fact, the word propaganda doesn’t even have the same negative connotation in Chinese that it has in the English-speaking world (where governments are obsessed with public relations instead).

the blinding effect of hope

I think that Kempski’s failure is interesting for two reasons.

First of all, his almost naive optimism when looking at China is a good example of a popular European way of thinking of the 1950s to 1970s. In this view of the world, post-1949 China is a sort of social experiment that is somehow situated outside of the two blocks of the Cold War. It is part of the “third world”, so to speak, one that many Europeans at that time regarded with a strong sense of sympathy.

Unfortunately, much of this sympathy later turned into disappointment when the truth about the suffering of the tens of millions of Mao’s victims had been exposed.

And secondly, Kempski’s failure should serve as a reminder to us all: just how much faith can we put into the analyses of our journalists and “experts”?

In fact, he hints at it himself when he describes a meeting between the Indian embassador and Zhou Enlai:

“They [the embassadors from India and Birma] are talking with him [Zhou] in an unconventional, almost fraternal way, reminding me of good neighbors who don’t have a fence between their premises.”

And only a few lines down he adds:

No, Kempski, you can’t. Only five years later (in 1962), those two neighbors will actually go to war over the fence between their premises.

Kempski’s feat of traveling through China and Japan in the 1950s is negligible. His storytelling is good, his writing style is very good, and the observations he shares are as awesome as his analyses are terrible.

If you want to read about how a foreign journalist got duped by China in the times of Mao, read this.

Also read: Ernst Cordes, for a better account of life in China just a few decades prior.