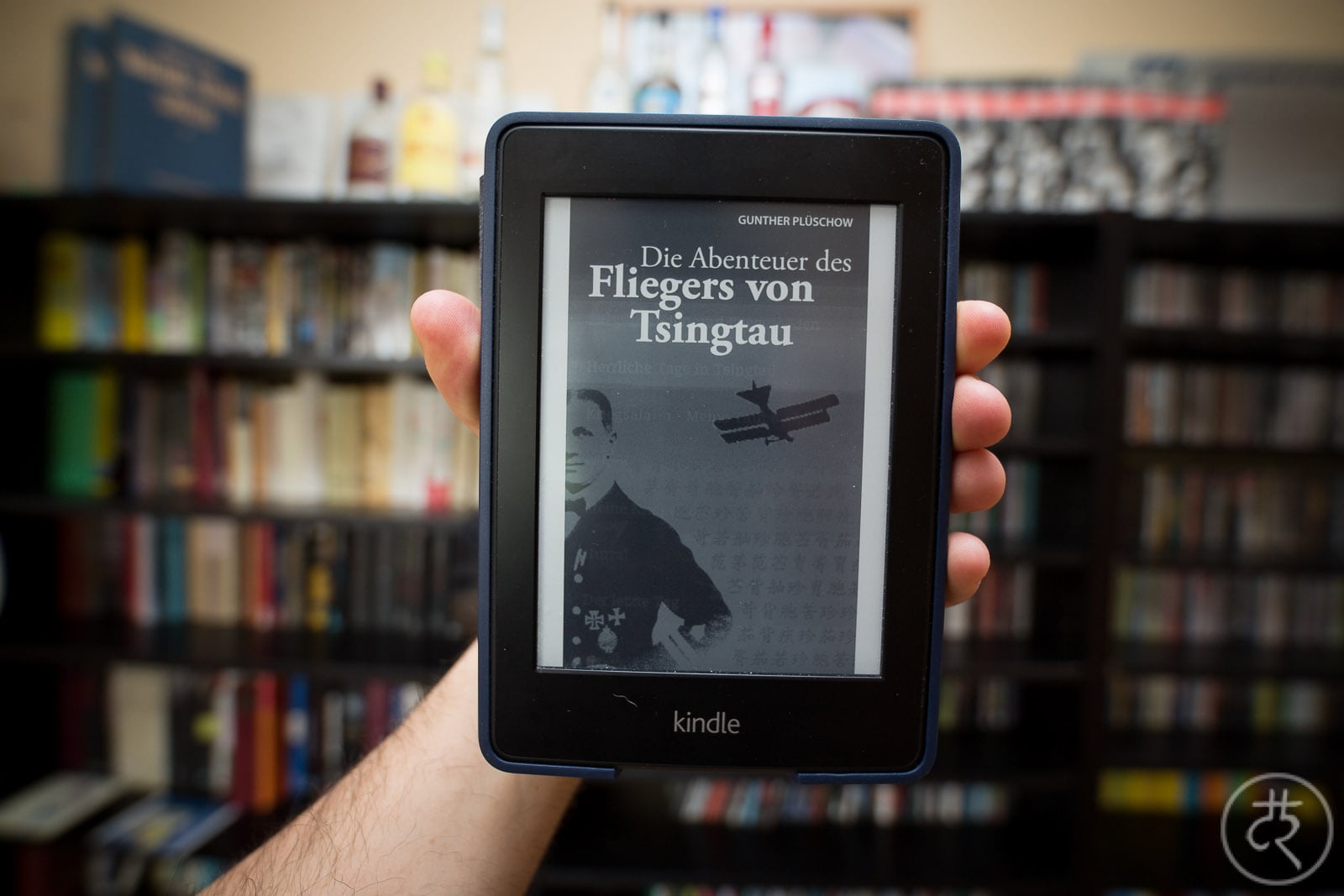 The story: at the outbreak of World War I, Gunther Plüschow, a young pilot in the German air force, gets dispatched to the German colony of Qingdao (they call it “Tsingtau” back then). He is supposed to be one of only two pilots on guard against the Japanese and the British there.

He fights for a while, but when the fall of Qingdao is imminent, he gets sent out with some documents and tries to make his way back to Germany. Interestingly enough, because his airplane crashes shortly after, this feat also involves some walking through China.

He eventually assumes a false identity and gets on a ship via Japan to the US, then on another one to Europe, where he gets taken prisoner of war by the British. He manages to flee from the UK as well, apparently becoming the only German POW who was able to do so.

At home he gets mistaken for a spy at first, but receives military honors when the whole thing gets cleared up. This book is about all this, making it a true adventure story. It sold more than 600.000 copies.

This was a fun read. Plüschow is a soldier in late Imperial Germany, so his language often has an unhealthy touch of racism and chauvinism to it (especially when he’s talking about Asians). This can get annoying, but he still comes across as a pretty charming fellow.

He narrates his story in a light and enthusiastic manner, making hardships appear simple, and he generally radiates with optimism. I think maybe this is what made the book so popular in post-Versailles Germany: Plüschow’s optimism, and the fact that at least this one German soldier managed to come out of the war as a sort of “winner” – if only because he was able to escape from the UK.

There is very little in terms of information about China in this book. I guess it’s too much of an adventure story for that, and it’s too Eurocentric. There are, however, some observations about the German colony at Qingdao, and they are quite interesting.

Plüschow’s feat of being stationed in China and escaping from internment in the UK is impressive. He tells his story well, and his writing style isn’t too bad. His observations and insights aren’t much.

If you want to read an adventure story, or if you are particularly interested in German colonialism in Asia, then this might be what you’re looking for.

Also read: Richard Wilhelm, for a sympathetic account of life in China a decade earlier.