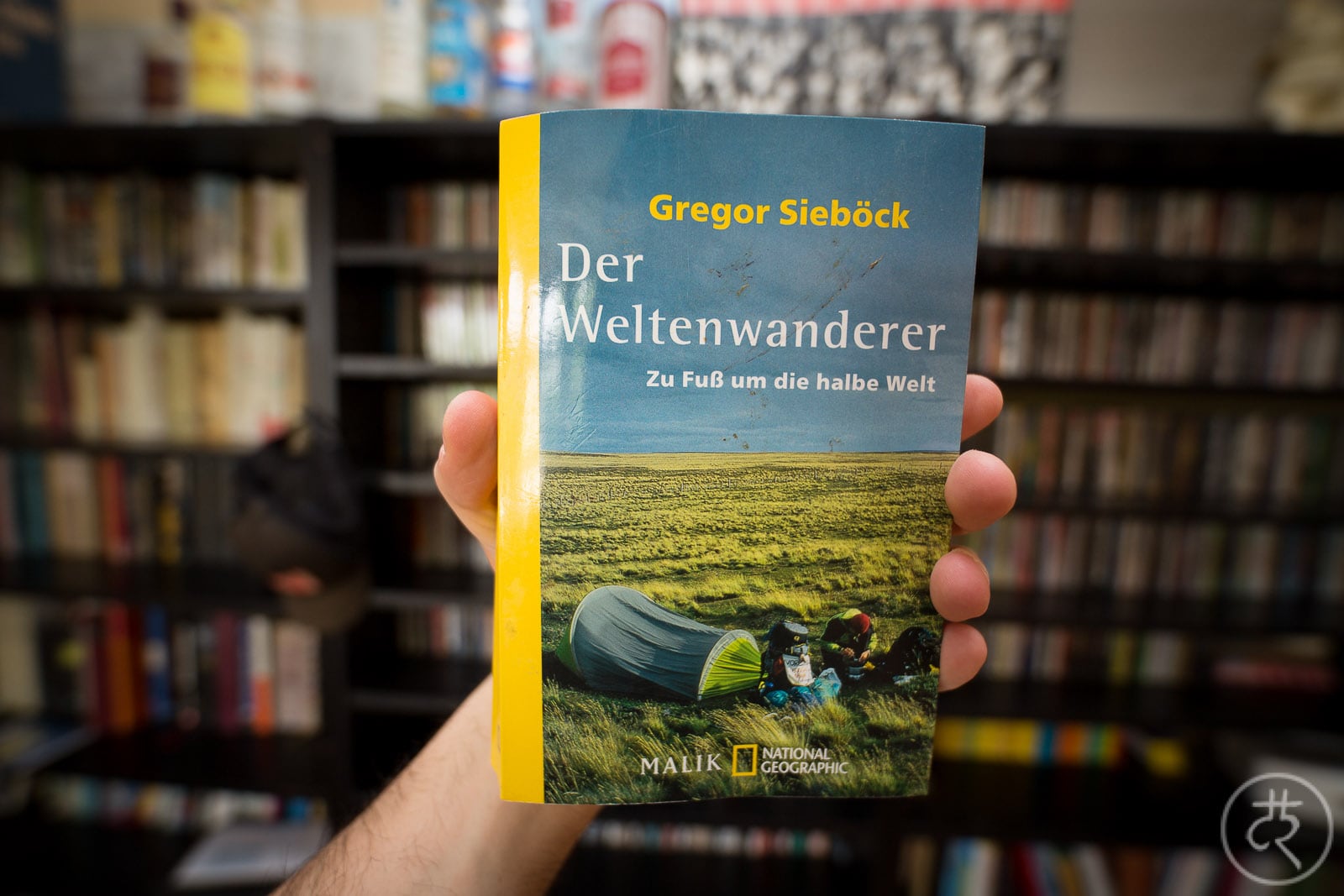 The story: in the early 2000s, Gregor Sieböck, a banker from Austria, decides to walk around the world in order to promote environmentalism. He sets out from Austria in 2003 and makes his way to the southern tip of Portugal (throw in a Camino for good measure).

Then he does South America and the West Coast of the United States. Then Japan. Then New Zealand. All of this on foot.

I didn’t like the book. Don’t get me wrong: the feat of walking through all those places was great. The cause was just. And the guy sounds nice. What I didn’t like was the preaching tone of the writing. It’s basically a paragraph about the environment here, a hymn about miso soup there, then a little bit of walking. And repeat.

I’ve complained about the same issue in Andreas Altmann‘s book. But here it’s much worse. In Sieböck’s writing, the people he meets along the way don’t get enough attention.

Then I found out what was ultimately wrong with it: Sieböck makes a point of telling us that he likes to listen to U2 while he is on the road. WTF is wrong with that guy? I found myself asking.

Sieböck’s feat of walking around all those places is awesome. His storytelling isn’t bad, his writing style is okayish, and some of his insights and observations are valuable.

If you’re into environmentalism, you could give this book a try.

Also read: Roald Amundsen, for a no-bullshit account of a tough journey.