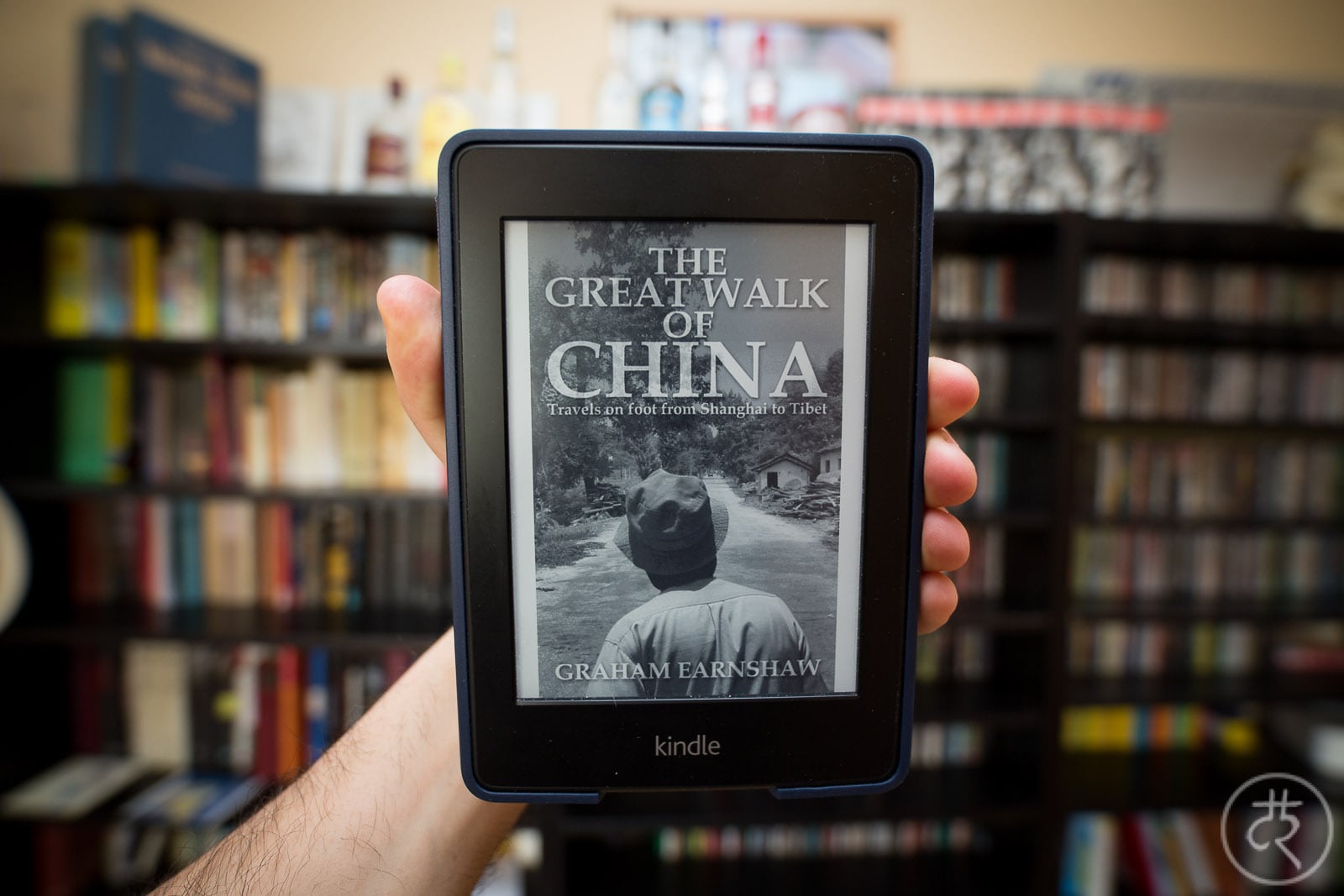 The story: in the early 2000s, British journalist/entrepreneur Graham Earnshaw has been staying in China not only for a couple of years, but for a several decades.

In 2004, after having read Edwin John Dingle‘s account of his travels through China one hundred years earlier, Earnshaw decides to do the same – and walk through China. Only he is going to do it on the weekends or whenever he can find the time.

The book is medium-length and basically an okay read. There is not much about walking as such, but that isn’t necessarily a bad thing. Earnshaw gives us some rather detailed accounts about rural life along the Yangtze. He talks to a lot of people, and he tells us his own thoughts about what he sees and hears.

There seems to be a problem though. “I bill myself as a China expert” he tells us right on the first few pages. I’m always careful when I hear someone calling themselves an expert. Not necessarily because they might just be showing off, but rather because this kind of mindset might lead them to be less open to new perspectives.

ask only if you want to know

This was precisely what I found awkward about this book. Earnshaw often seems to know (or assume to know) what the people around him are really thinking. This in turn leads to closed questions and rather uninteresting conversations, if not to say to a rather judgmental position taken on by the narrator.

As an example, there is a conversation from page 278 that I found a bit disturbing. Earnshaw asks a young boy a question about the English language:

This is one of the worst examples – the other conversations in this book are nowhere nearly as bad as this one. But there is still a certain condescension to it all.

Earnshaw’s feat of walking through China on the weekends is okay. His storytelling is good, and so is his writing style. The insights and observations he shares are mostly solid.

If you’re into contemporary China (and you’ve read writers like Peter Hessler or Rob Gifford) then give this one a try.

Also read: Yan Changjiang, for a different view on China.