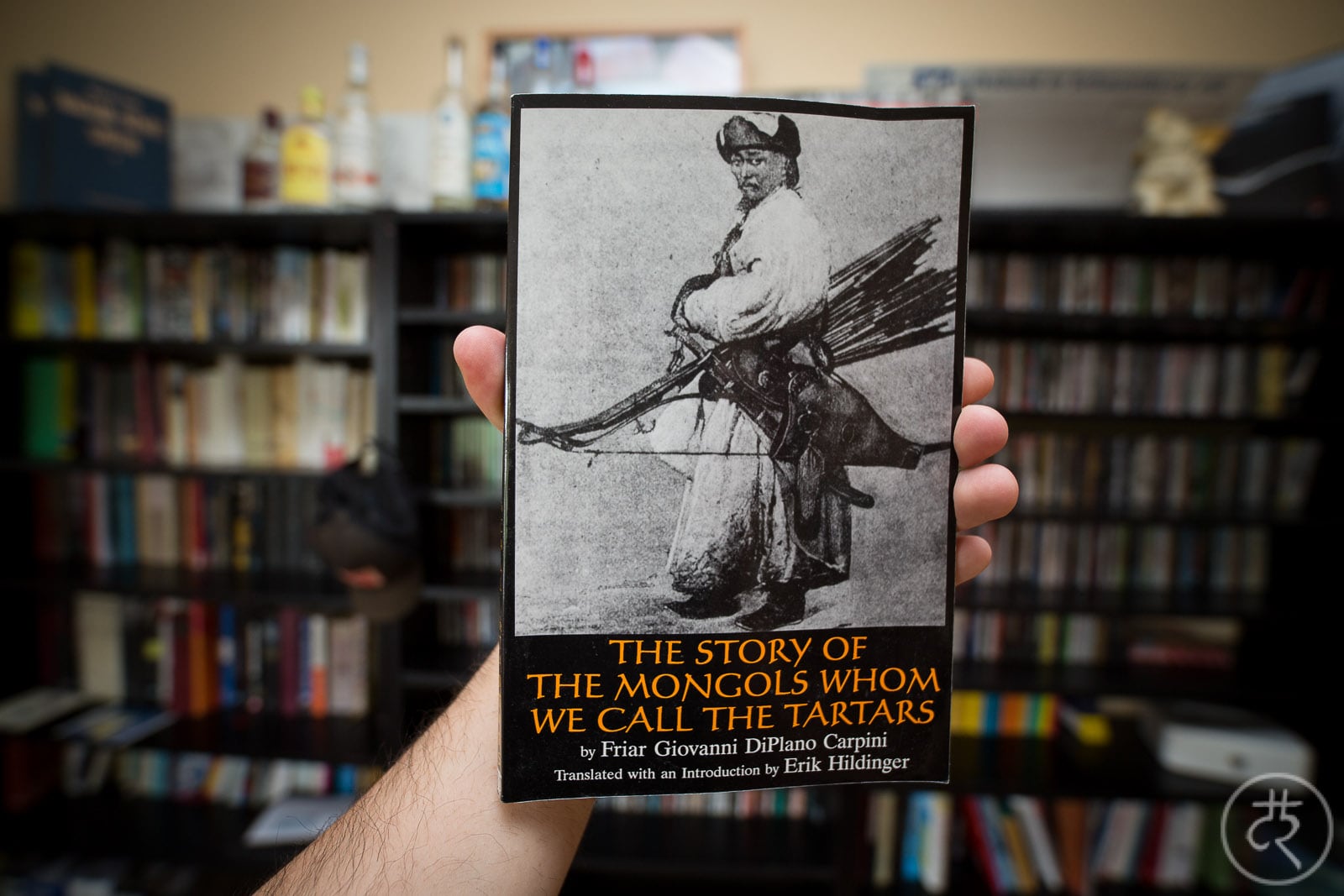 The story: in the mid-13th century, a few years after the Mongol attacks on Eastern Europe, Italian cleric Giovanni da Pian del Carpine gets a mission from the Pope: he is to travel to the Khan’s court and find out what it is the Mongols want and how to defend Christianity against them. If possible, he is to come back with a peace treaty.

Carpine thus travels through what is left of the Kievan Rus’ and then continues on his way to Karakorum.

There are a few fascinating facts here. Firstly, Carpine is more than sixty years old when he starts his journey. This means the Pope sends an old man on a long and arduous journey.

Secondly, unlike William of Rubruck, who came a few years after him, and whose mission it was to forge an alliance with the Mongols against Islam, Carpine is on a fact-finding and peace-making mission. In some sense, we could call him a diplomat and a spy.

One thing is funny though, and it’s good to know this before reading the book: Carpine is equipped with a papal letter demanding peace with the Mongols.

As it turns out, the Mongol understanding of “peace” is essentially that of “submission”. We can only imagine their confusion when they hear that the Pope offers peace (submission) but doesn’t appear in person to bow to the Khan.

This book is rather short and fact-bound, and it is very strictly organized. Carpine divides his text into chapters that deal with various aspects of Mongol life (customs, politics, warfare, etc.) and tries to convey as much information as possible.

You will still find one or two mentions of fantastic creatures here and there (similar to Orodic of Pordenone‘s account), but there is not as much every-day detail as in ‘s travelogue (which makes that one so outstanding).

Carpine’s feat of traveling to the Mongol court, especially given his age, is outstanding. His storytelling and his writing style are both okay. The observations he shares are great, though.

If you’re into the historical Silk Roads or into Mongolia, read this book.

Also read: Marco Polo, for an account of a journey to the Mongolian court a few decades later.