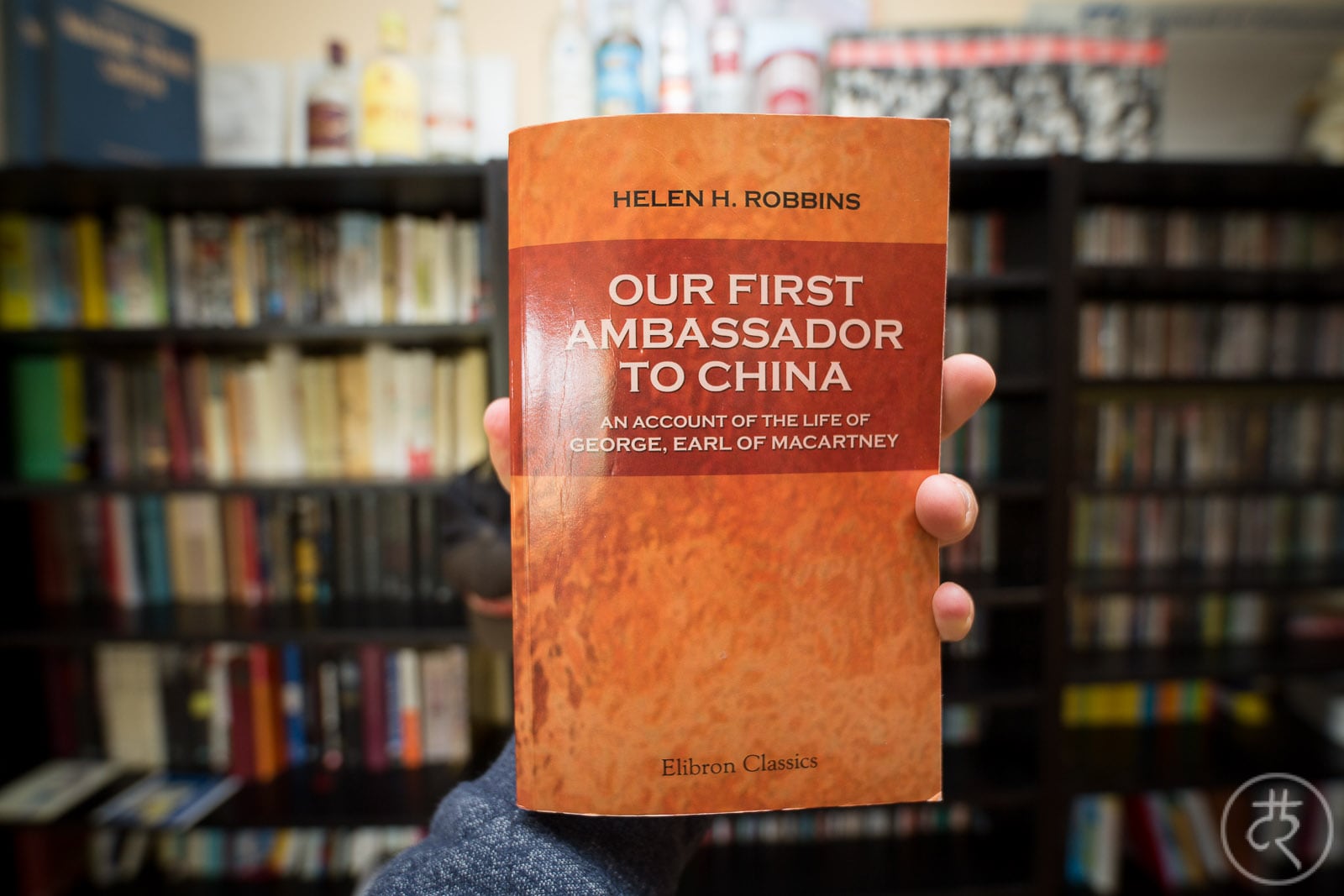 [another note: this book was not entirely written by George Macartney himself. It comprises his diaries, notes and letters as well as a an introduction and commentary by Helen S. Robbins. I recommend skipping over the first 7 chapters (the introduction), read up on Wikipedia and dive right into Macartney’s own notes in chapter 8.]

The story: today, George Macartney is most widely known for his role as the first official envoy of Britain to China. He arrived there in 1793, apparently refusing to kowtow before Emperor Qianlong, and when he tried to establish trade relations, he failed at it. Before all of this, he had served as a government official at home in Britain and in Russia.

This book is essentially about his voyage at sea to China (interestingly enough, he makes a stopover in South America), about his trip through the country to the summer residence of the Emperor at Chengde (Jehol) just north of Beijing, and about his observations on China in general.

I have mixed feelings about this work. On the one hand, Macartney’s role in Sino-British relations is very interesting, and I thoroughly enjoyed some of his reflections on China, not because they were so insightful, but because he offers a contemporary view.

For example, Macartney tries very hard to observe the differences between the “Tatars” (meaning the Manchurians who made up the reigning Qing Dynasty) and their Han-Chinese subjects.

On the other hand, the book was very long and boring, and the introductory notes by the editor (which make up more than 180 pages) made me regret that I hadn’t skipped them entirely.

Macartney’s feat of traveling to China as an official envoy in the late 18th century is okay. There isn’t much in terms of storytelling here, and his writing style is like plywood. Some of the observations are historically relevant, though.

Read this book only if you are terribly interested in China. Or rather, read it if you are interested in the view of a foreigner on China at the end of the 18th century. Make sure to stop and take in the drawings that are scattered along the pages; there are not many of them, but they are quite nice. This is a primary source with some highlights. But it needs some heavy editing in order to be enjoyable.