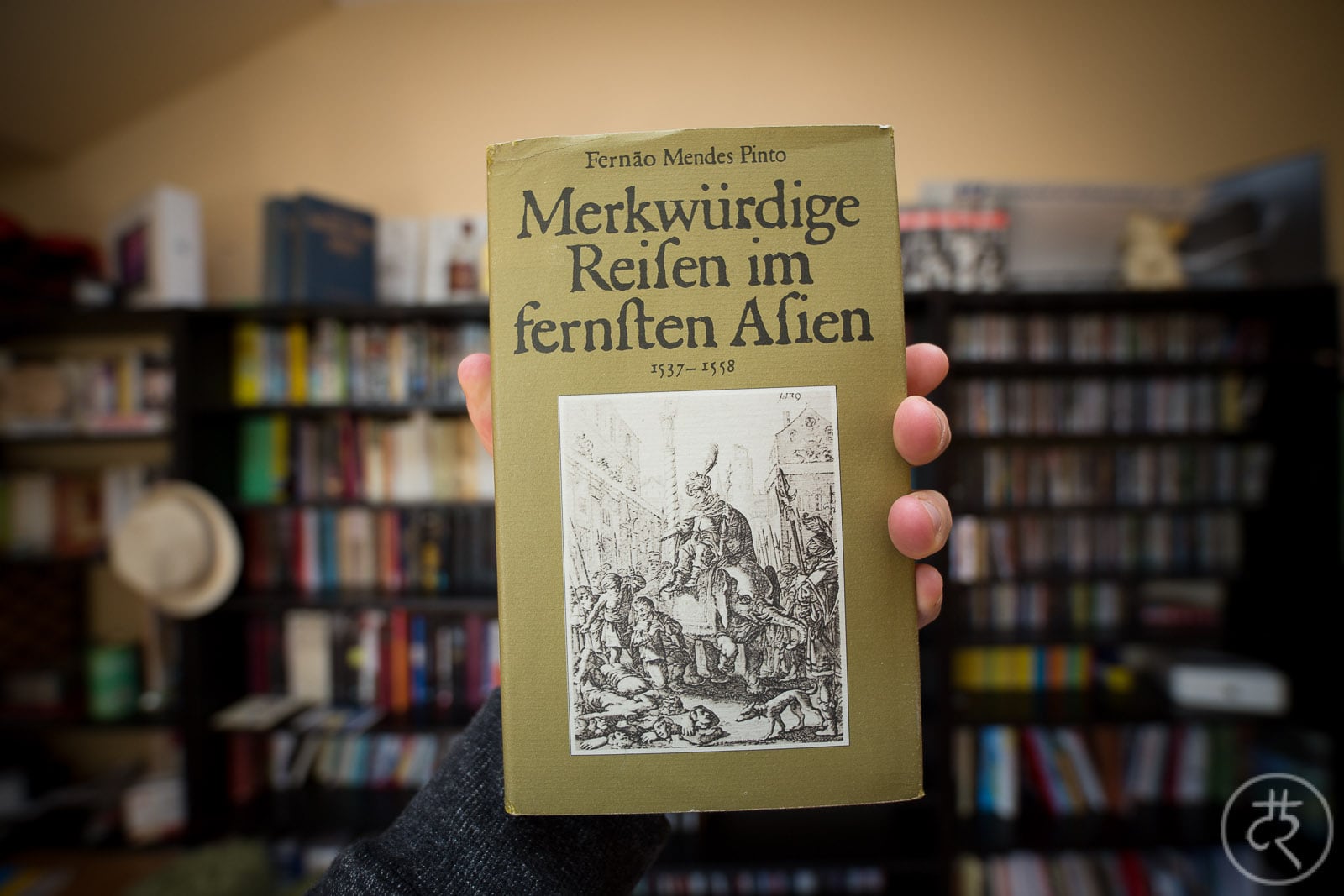 This book was a big success in Europe during the 17th and 18th century. It was published a few decades after Fernão Mendes Pinto’s death and describes the quixotic ways of his life.

The story: in 1537, shortly after the European discoveries in the Americas, young Fernão Mendes Pinto from Portugal gets on a ship to the East. He meets pirates and emperors, missionaries and natives, gets to the Middle East, to India, Indonesia, China and Japan.

After all this, he eventually returns to Portugal claiming – among other things – to have introduced the firearm (and Christendom) to the Japanese.

The German edition that I’m holding is about 400 pages, which are divided into 33 chapters, covering everything from Pinto’s youth to his thirteen times in prison and seventeen times in slavery, until his return home after 21 years at sea.

Now this might sound like an epic adventure story and an awesome read, but the style of writing is very old school, so it’s a bit hard to enjoy. While the book is not quite as anecdotal (and slow) as the one by Marco Polo, it’s still weighed down by an overload of details about warfare, diplomacy and politics, and eventually the storyline gets the worst of it. It feels… clogged up.

So yes, Pinto does have an interesting story to tell. His observations about the native population are relatively fresh and unprejudiced, and you could easily interpret some of it as subliminal criticism of colonialism. But with all the additional abundance of information, it’s a pretty difficult read (at least for me).

Sometimes his character shines through though:

“But I am writing mainly for my children, for them to know what I have suffered through.”

This is what he tells us, and it’s one of the most precious parts of this book, something that made it worthwhile for me. I wish there had been more of them.

Pinto’s feat is awesome – I don’t think many people can hold a candle to the guy who has been enslaved… [checks notes]… seventeen times. His storytelling is okay, but it feels a bit scattered. His writing style is clumsy. However, there are a bunch of observations that are quite interesting.

If you’re a fan of old travel writing (like Marco Polo) or of historical Asia, then this book is for you.

Also read: Christopher Columbus, for a travel story from a few decades before.