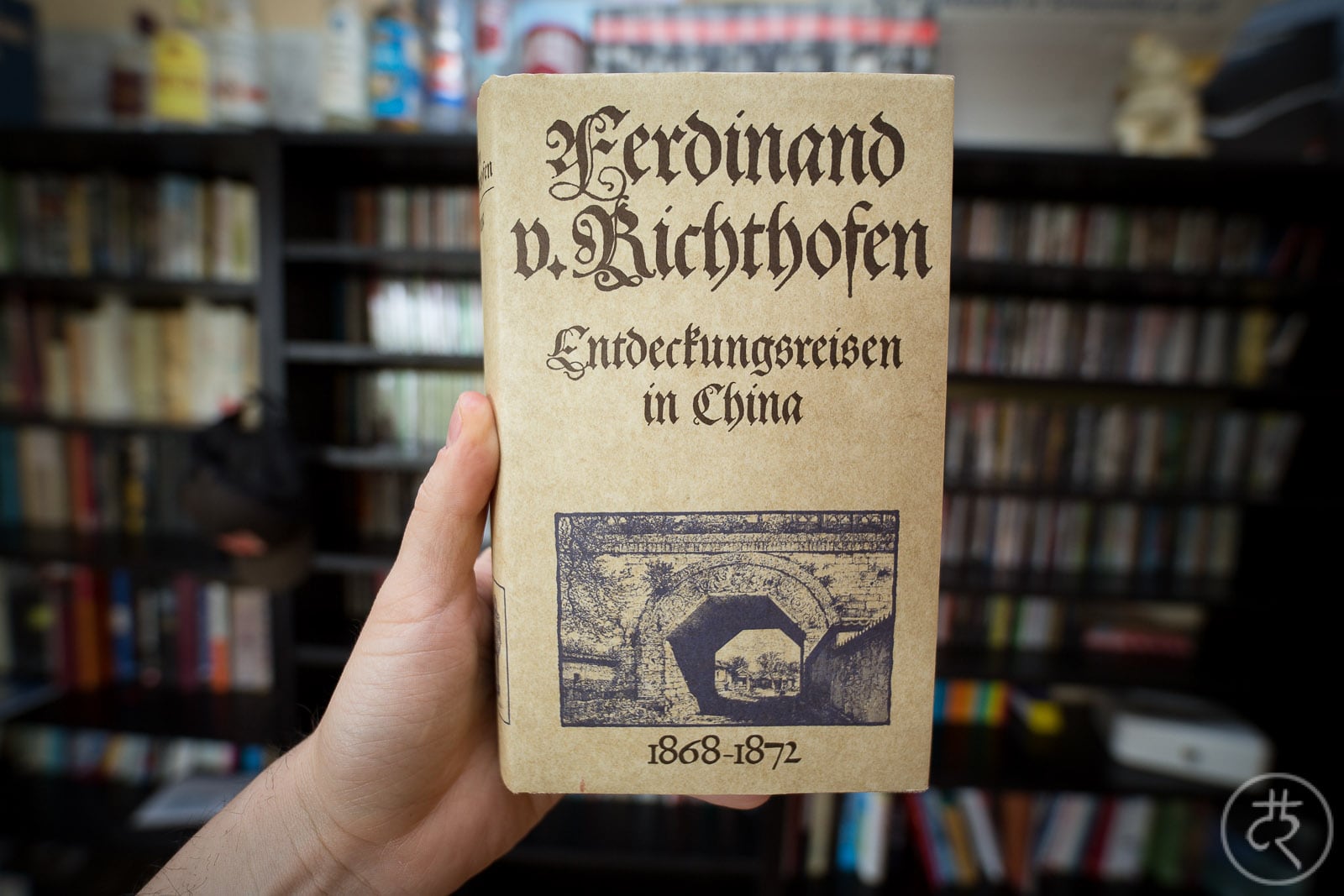 The story: in the mid-19th century, German geographer Ferdinand von Richthofen (the one who came up with the term “Silk Road”) becomes one of the first foreigners to scientifically evaluate larger parts of China. He goes on several journeys through the country, and he seems to be mainly looking for two things: mineral resources and ways to expand industrial development.

I personally found some parts of the book very interesting because Richthofen’s travel itinerary matched mine in a lot of places, particularly in the provinces of Shanxi, Shaanxi and Hebei. It seemed like he had taken the exact same roads sometimes, seeing the same things that I saw, only more than a century before me.

Yet I don’t think that this book will appeal to everyone. Richthofen’s writing is very dry most of the time, especially since he loves to give lengthy descriptions of all the different kinds of soils and coal layers that he discovers.

To be fair, Richthofen’s journey is a bit different from those of Sven Hedin and Nikolai Przhevalsky, both of whom were heavily influenced by him. They dig for artifacts, he digs for coal. They are looking for adventures, he is looking for scientific measurements.

That doesn’t make his book bad, but it does make it a bit slow.

Richthofen’s feat of traveling through China with a caravan is okayish. His storytelling and writing style are both okayish as well. The info he provides is good, though.

If you’re into geology or into 19th century China, you might want to give this one a try.

Also read: Heinrich Schliemann, for another account of a traveler who was obsessed with numbers.