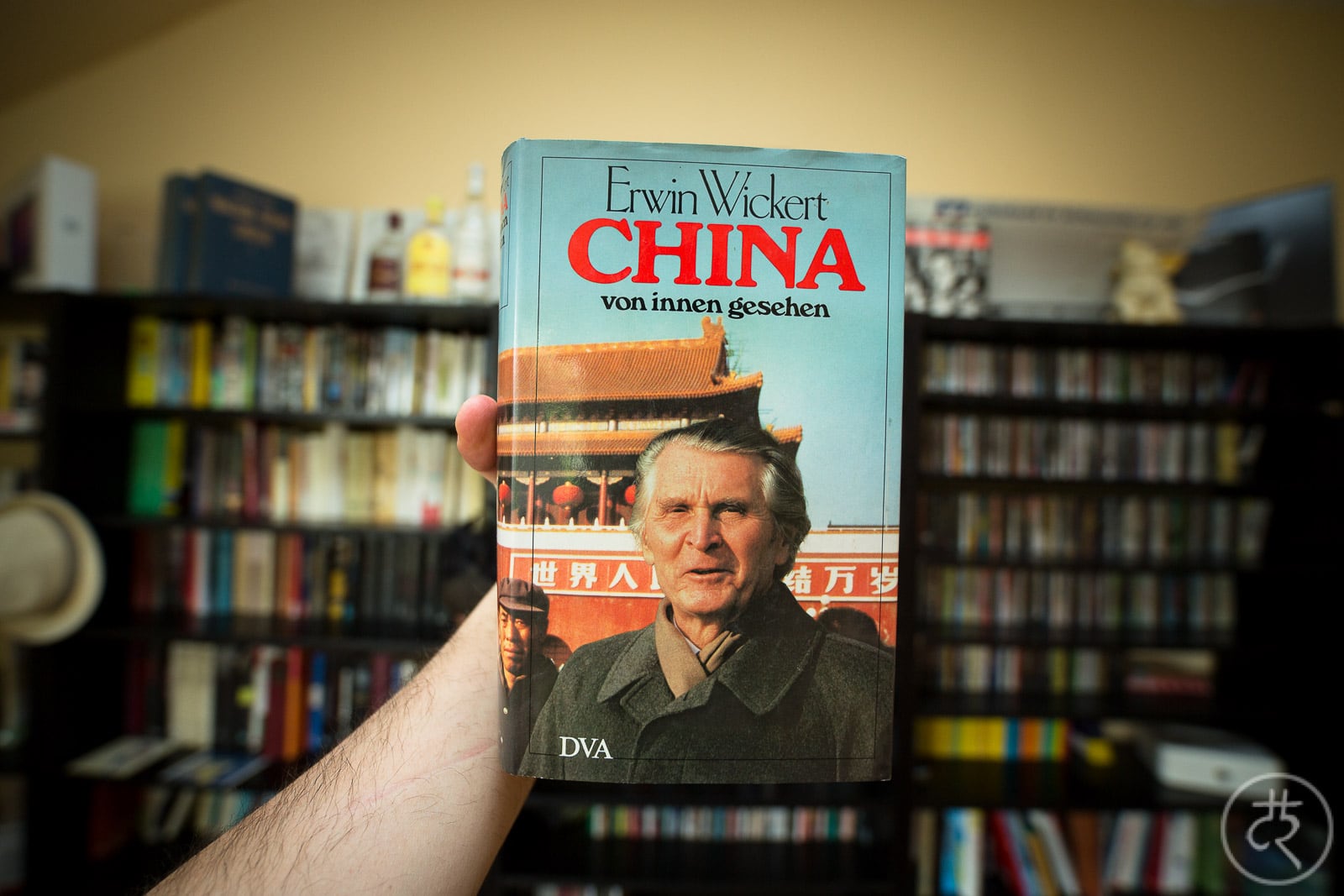 The story: in the mid-70s, German diplomat Erwin Wickert gets transferred from Romania to China. He has been there before (as a tourist in the 1930s), and he seems excited about it.

He stays in Beijing for four years, lives through the Tangshan Earthquake and the time of Mao Zedong’s death, eventually bearing witness to the beginning of the reform policies under Deng Xiaoping.

This book is Wickert’s account of what he saw in China. Sometimes he writes in a personal manner, but mostly, his writing is that of a diplomat: it is wordy and full of detailed analyses.

We are lucky that he intersperses his account with travel notes and with excerpts from his 1930s experiences. The latter are particularly interesting to read because China has just undergone a substantial transformation at the hands of a dictator, and Wickert can tell us a bit about what was before and what came after.

This basically means that this isn’t such a bad book. But there is a bit too much emphasis on “analysis” in Wickert’s writing. He likes to look at China from the grand historical perspective. And while there is nothing wrong with this way of approaching a foreign civilization, it can still lead to a few pitfalls, especially if you are taking the scholarly approach:

Wickert falls into a few traps here. But some of the points he makes are very interesting.

There are a few instances where he unmasks the ignorance and the conceit with which German politicians confront their Chinese hosts (or guests). I found these episodes very refreshing, even if they were sometimes tainted by Wickert’s personal political preferences.

But the surprising strength of this book lies in Wickert’s insightful predictions. When he muses about the possible emergence of “syncretistic cults” that might be able to attract more followers than the traditional churches, he is unknowingly talking about Falun Gong, which has been a pain for the Communist Party since the late 1990s.

His thoughts about the possible impacts of the one-child-policy on the upbringing of Chinese children might be a little less astonishing, but they are interesting nonetheless.

Wickert’s feat of being on a diplomatic mission to China in the 1970s isn’t exactly a feat of any kind. His storytelling is okay, his writing style is a bit dry, but some of his observations and insights are interesting.

If you’re interested in reading about China from a diplomat’s perspective, read this one rather than Kissinger.

Also read: Colette Modiano, for an account of a European in China at the onset of the “Cultural Revolution”.