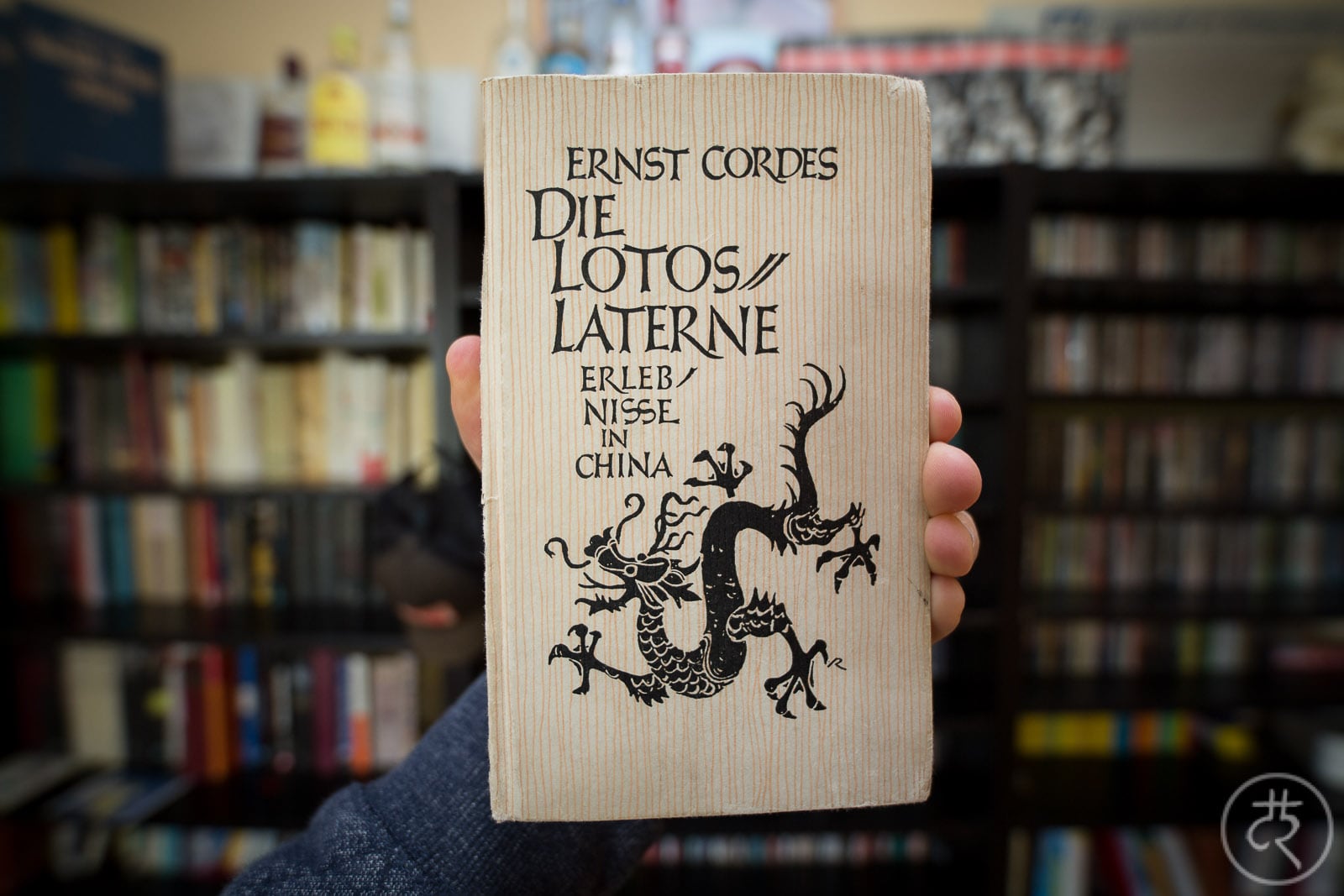 The story: in the early 1930s, Chinese-born German Ernst Cordes lives in China. It remains unclear what exactly he is doing there, but he is fluent in Mandarin, and he keeps quite a few contacts to the Chinese elite. He is what some call an Old China Hand.

In this book he travels to different regions, meets people from all walks of life, and he shares his insights and reflections along with the voices of the people he talks to. I can only speculate about the exact time frame, but I guess it must be around 5-7 years, starting from around 1930s.

off to a good start

The text starts out with a very nice observation:

There are people who see only business opportunities in China. Others detect more than there really is. And yet others fail to notice anything that is true, beautiful and honest, and see only dirt and poverty, only misery and strange faces, at which they think they can turn up their noses. And then there are people who are categorically awestruck, who submissively worship everything, every piece of rubbish and every ruin, all the while failing to notice the bitter daily routine of the people, of the hundreds of millions of people of China.

After reading this, I basically assumed the rest was going to be awesome. But it turned out to be just okayish.

Ernst Cordes making points individually, one at a time

This book reads like a collection of individual articles. Cordes lines up 16 chapters, each providing us with a sort of “snapshot” from China’s society as he sees it – the student, the intellectual, the banker, the coolie, the prostitute, and so on. He enriches these conversations with his own insights into the cultural, socio-political and historical background. I found this enjoyable, but I would have liked to have at least a tiny bit of storyline to follow along.

Another issue I have is that even though some of Cordes’ conversations are quite interesting to read, a lot of them feel just a bit “on cue”, like he is desperately looking for someone to say certain things that might help get his point across. To me, this damages his credibility as an observer more than the occasional hint of racism:

“The Chinese soul doesn’t have room for petty compassion.”

Anyway it’s still an alright book. For one thing, Cordes seems to be well-educated when it comes to Chinese culture. He speaks Chinese, and he knows people. He might have some racist tendencies, but given the time of his writing, he seems to be rather sympathetic towards China.

I was reminded of Richard Wilhelm.

Cordes’ feat of living in China in the 1930s is okayish (given the fact that he was born there). His storytelling is okay, and so is his writing style. Some of his insights and observations are gold, though.

If you’re into Republican China through the eyes of a foreigner who lives there and knows it well, read this book. And here’s a tip: if you’re too lazy to read all of it, make sure to read chapter 14 – there’s a banker in it who offers a fascinating prediction about China’s future.