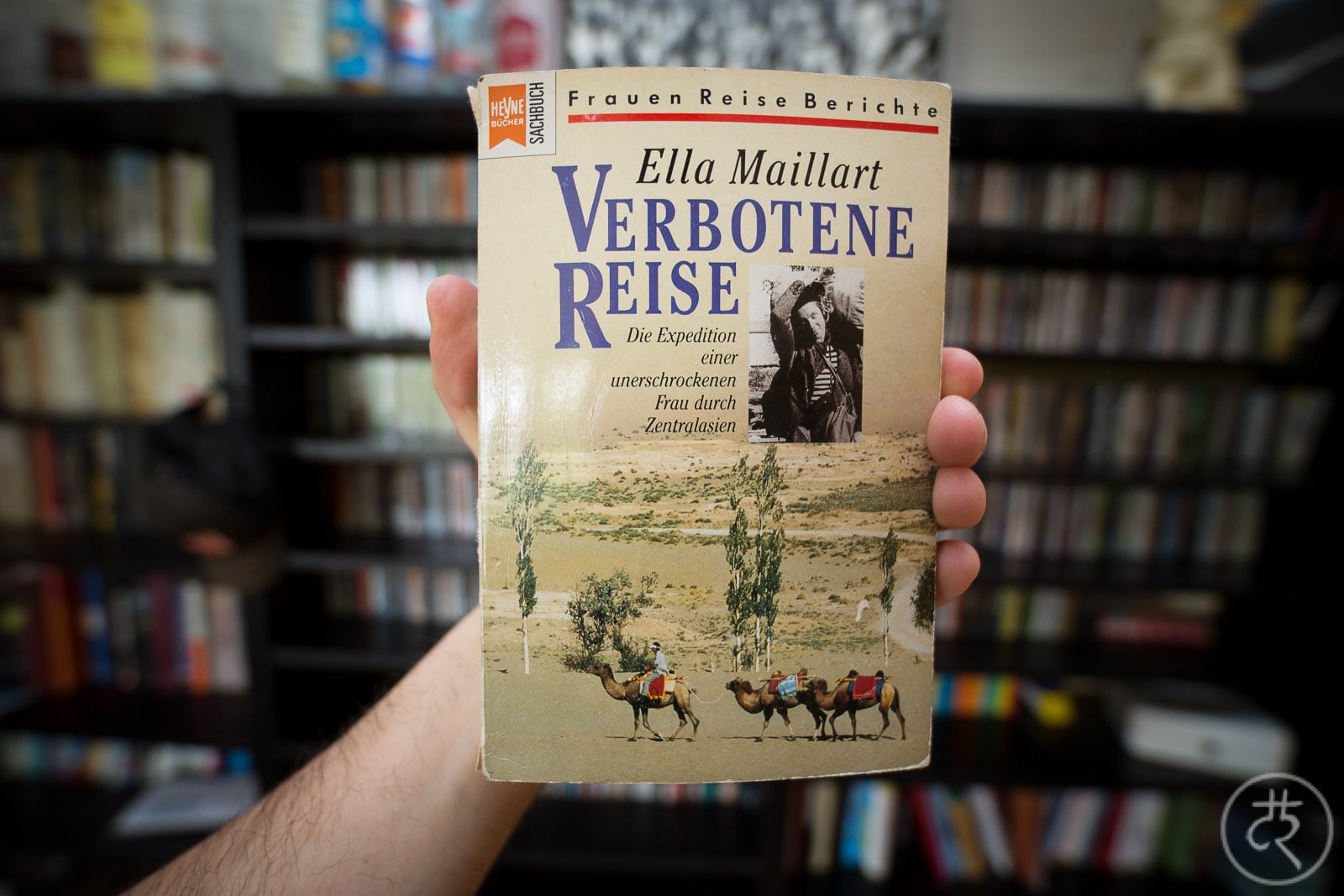 First things first: A lot about Ella Maillart’s and Peter Fleming‘s voyage has already been said in my review of his book, so go there if you want to know more.

The story: in 1935, Swiss traveler Ella Maillart is in Beijing, where she runs into Peter Fleming from the UK. They decide to go on an expedition to the Chinese Northwest. So they hire a caravan, and for the next six months they slowly make their way through dangerous territory after dangerous territory, until they finally make it to India.

I read Maillart’s and Fleming’s books one right after the other, and I think that both of them are definitely worth reading. Also, I didn’t feel bored despite the fact that I was reading about the same journey twice. I think this is due to the fact that both Maillart and Fleming have very different characters, which becomes apparent in their way of observing things – and of course, in their writing.

Anyway, I enjoyed this one slightly more than Fleming’s account, even though he is clearly the superior author. He is better at storytelling, he finds metaphors that are more memorable, and he is way funnier than his companion Maillart.

Why is her book better then?

Ella Maillart – a person driven by a spark

While Fleming presents himself as an ironic wordsmith, Maillart uses much simpler literary tools to lays bare a soul that is driven by a spark of fanaticism. She is sensitive, compassionate, and honest, and she absolutely has to travel. Fleming might be out there because he wants to, but Maillart is there because there is nothing else she wants to do. Sure, her writing isn’t as strong as that of Fleming, and some of her remarks admittedly have a tendency towards tackiness:

“…I feel distant and separated from everything that I know, like being immersed within myself…”

But all in all her account of the journey is very touching, and it made me feel like I could relate to her need to go out and explore every thing, all the time.

Maillart’s feat of doing the overland journey through Western China in the 1930s is all the more respectable since she is a woman. Her storytelling and her writing style isn’t as refined as that of Fleming, but she isn’t bad at her craft, either. Her observations and thoughts are interesting.

If you want to read about Western China in the 1930s, if you have read Fleming’s account and now you want to hear Maillart’s side of the story, or if you’re looking for female-led adventure stories then this one is for you.

Also read: Mildred Cable, another tough woman who traveled through the same region.