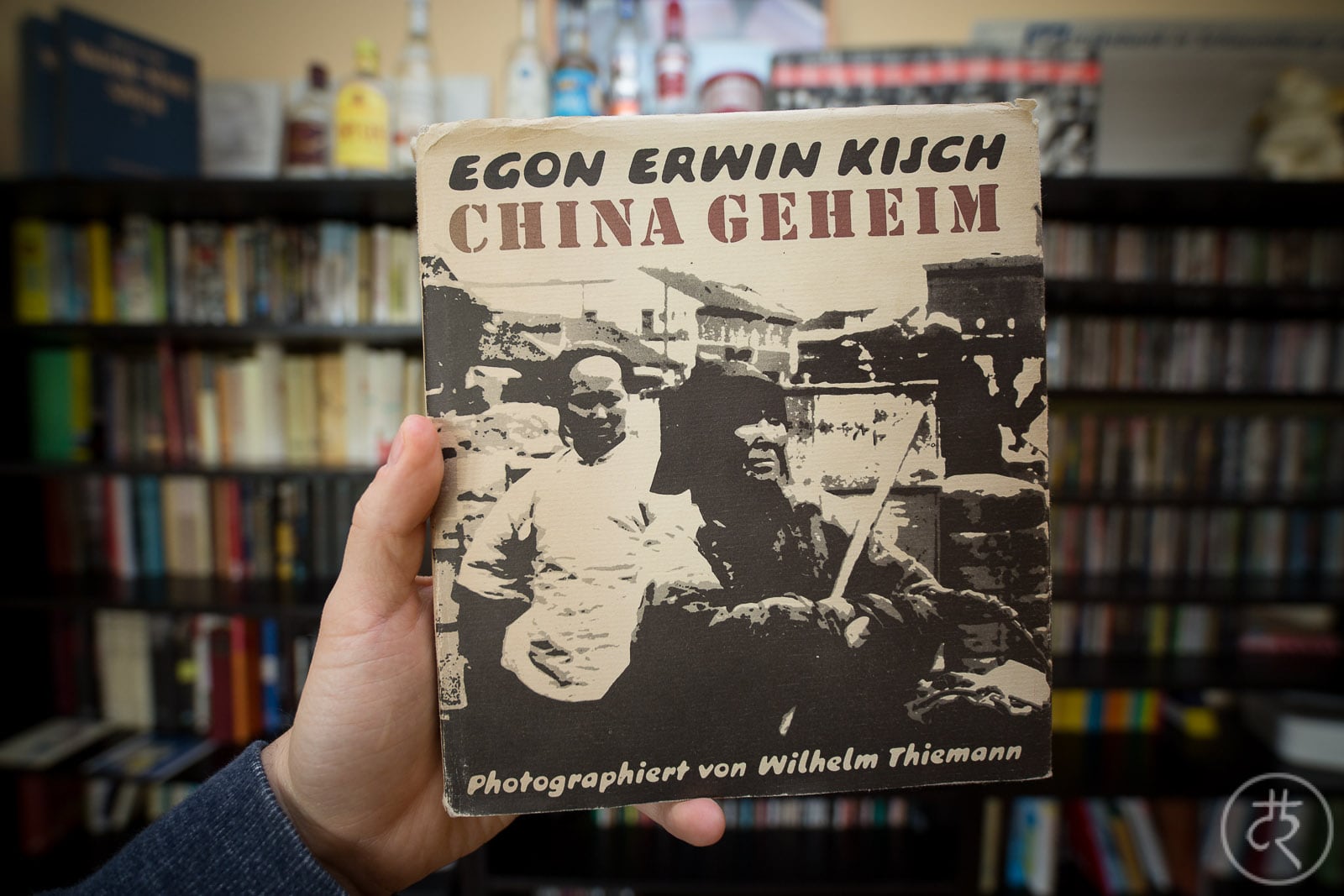 [note: I’ve been reading the German original – this edition has been illustrated with photographs made by Wilhelm Thiemann, who had nothing to do with the author]

The story: it’s the year 1932, and we are reaching the bitter end of the Weimar Republic. Egon Erwin Kisch is a German-writing journalist from Prague who embarks on a fact-finding mission to China. He is widely known in Germany for being a “raging reporter”, because of his rash persona and his witty writing style. And he is a Communist.

In this book, he chronicles his 3-month trip around China. He gets there by train, visits Beijing, Shanghai and Nanjing, and travels around in their vicinities. He talks to people (apparently through interpreters), he visits factories, witnesses an execution, and he shares his observations and his personal thoughts about what he sees.

The book is interesting, especially after reading Ernst Cordes, who wrote about the exact same time period in China, but from a very different perspective. Unlike Cordes, Kisch does not speak Chinese at all, nor does he have much of an understanding of Chinese culture. His fieldwork does not include getting drunk with “coolies” or smoking opium with prostitutes.

Instead, Kisch focuses almost exclusively on the issue of European, American and Japanese imperialism in China, and on the effects they have brought upon the Chinese people. He sees child labor and death, he sees the Nationalist government sucking up to foreign powers, and he sees the League of Nations do nothing while Japanese troops are laying waste to a Shanghai suburb.

And he is angry. Kisch’s writing is constantly dripping with sarcasm, and he even adds a short play at the end of the text, a farce designed to further expose the imperialist hypocrisy that has been hinted at over and over in this book.

I am not sure if Kisch’s particular view on China is as informative as it is entertaining, though. After all, he is a foreign political radical who stayed in China for only 3 months and who most likely got shown around by people from his own political faction.

Either way, some of the observations that Kisch presents are interesting – even more so if we believe the rumors that one of his sources was apparently Lu Xun!

The most eye-opening thing about this book is the feeling of collective humiliation within Chinese society that Kisch manages to capture. It’s a two-fold humiliation: the poor get humiliated by the rich, and China gets humiliated by foreign powers.

This indeed provided a fertile soil for a long-lasting feeling of resentment among many people in China.

Kisch’s feat of traveling through China on a guided tour is negligible. His storytelling is basically good, his writing style is pretty funny at times, and some of the info he provides is worth reading.

If you’re interested in China in the 1930s from the perspective of a foreign Communist, then why not read this one.

Also read: Ernst Cordes, for a more insightful account of life in China from the same time.