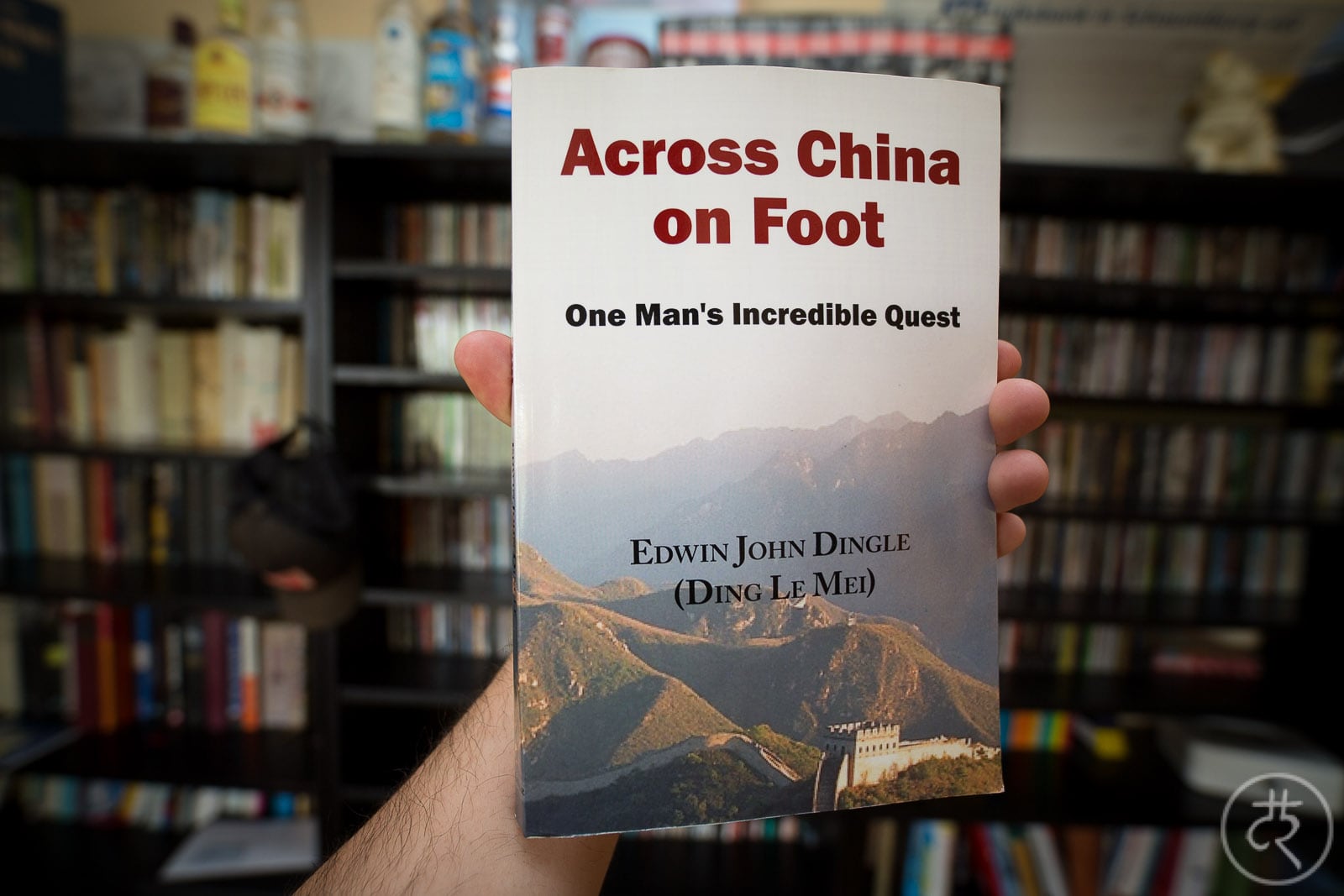 The story: in the early 1900s, right before the downfall of the Qing Dynasty, British journalist Edwin John Dingle works in Singapore. He comes up with the idea to travel through China on foot. So he lands in Shanghai, takes a ship to Chongqing, and starts walking from there.

The goal of Dingle’s journey is Birma, which at that time is under British hegemony. He gets a couple of people to help him carry his stuff and facilitate his journey, and then he walks through the south of China.

The book isn’t as much fun as I thought it would be. For one thing, I would have enjoyed a solo journey or a travel party more than Dingle’s trip with his “coolies” and “boys”.

Stylistically, there’s the problem that Dingle has a way of constructing sentences that are long. And I mean LONG. They look as if Kafka wrote them, but on meth. Difficult to read.

Another issue is that a large part of this book consists not of travel observations nor of adventure stories, but of abstract thoughts. Dingle likes to theorize, and he likes to complain. It can be a bit of a drag.

Some of Dingle’s observations are interesting, though. There’s the monetary system at the time, consisting of strings of cash coins that are heavy to carry. And then there are the different ethnic tribes in the southern mountains, some of which are known to be quite hostile toward foreigners.

Dingle’s feat of walking through China with his entourage of servants isn’t bad. His storytelling is okayish, his writing style isn’t very good. Some of the observations and insights he shares do have some historical value, though.

If you are into China during the last years of the Qing Dynasty, you could try reading this.