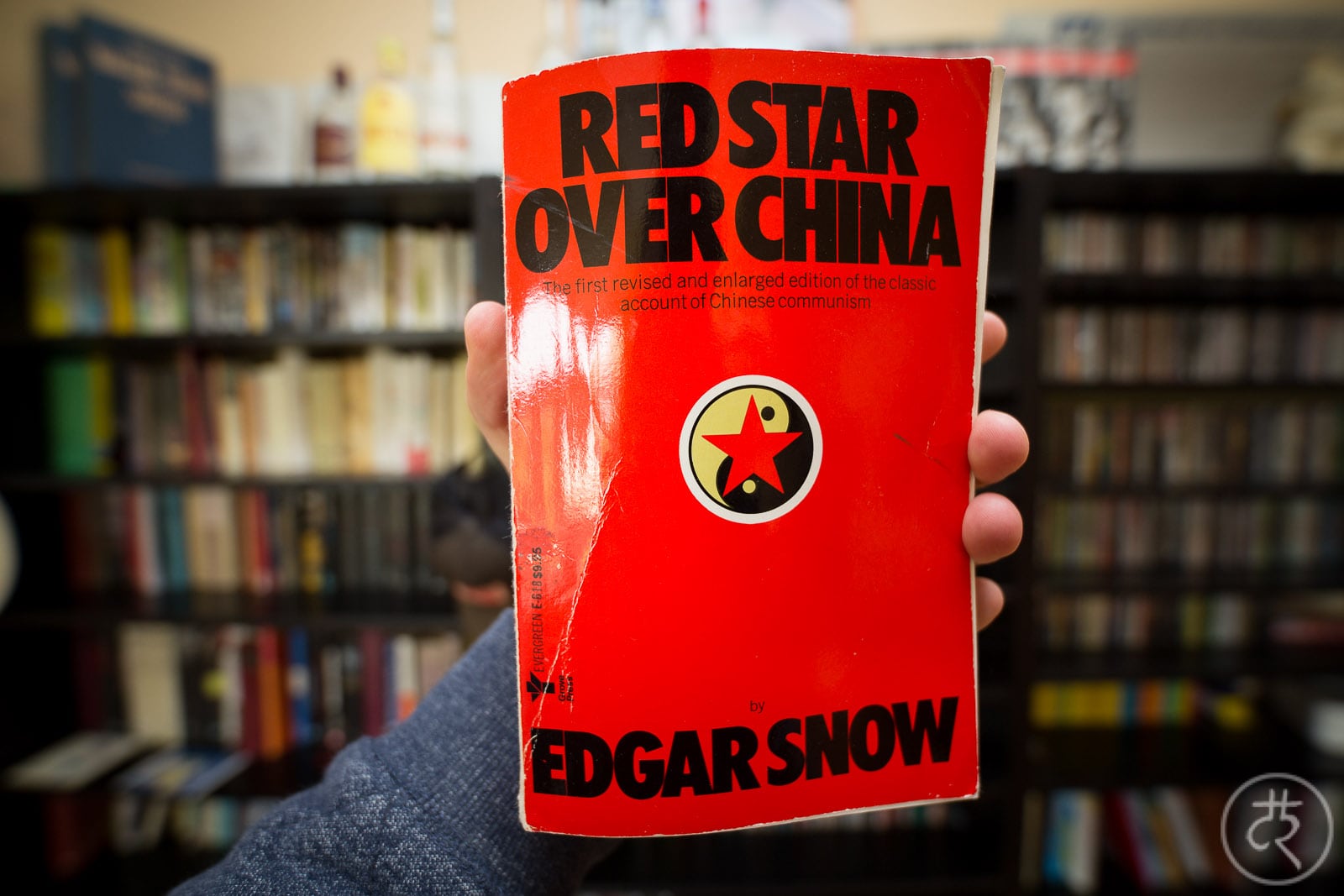 The story: in 1936, the Communist Party of China has just finished the so-called “Long March” into northern China. Amidst increasing Japanese aggression, the Chinese civil war keeps dragging on, and the blockade policy of the Nationalist government doesn’t permit foreign journalists to get the Communist side of the story.

Good thing American journalist Edgar Snow has been in China for several years after washing up on its banks during what was supposed to be a journey around the world. He has taken up work as a journalist, so in 1936 he decides to visit the Communist base in Northern Shaanxi and get the word out.

When he arrives he manages to talk to the complete leadership, visit the Red Army, and interview some peasants. Then he returns to Beijing and writes a book about it all.

a bunch of cool guys out on an adventure

I was expecting this to be somewhat boring, but Snow’s writing is pretty good, and a big part of it actually reads like an adventure novel. Snow doesn’t just deliver facts or plain interviews, instead he generously seasons everything with story elements – how he gets around, what he eats, where he sleeps, etc.

The Communist leaders he talks to are fun to read about as well. Snow depicts them as a bunch of cool guys who are relaxed, likeable and selfless. This goes especially for Mao Zedong, who seems to be hovering over everything like a sort of demigod, and who is generally omniscient.

After a while I noticed myself rooting for him and his Communist buddies.

So this book is an entertaining read. But it’s also a valuable source for those who want to know how early Chinese Communist propaganda functioned.

When Snow retells the stories of the “sensational” feats made by the Communists during the “Long March” – many of which are just too awesome to be true – he seems all too willing to accept everything the leadership tells him at face value.

At one point, when he wonders about the vanguards of the “Long March”, he puts it all into these revealing words:

“Were they human beings or madmen or gods?”

Maybe they were just skilful propagandists?

Don’t get me wrong; the “Long March” has long been recognized as a substantial achievement. But today, with many of the Communist founding myths partly or totally debunked by historians, Snow’s rapport has an eery feel to it. You could even call it creepy.

the optimism of the doomed

This feeling intensifies later on in the text, when it becomes clear that not only Snow himself, but also many of the people he interviews naively believe in what they are doing: their aim is to liberate China from imperialism and from the exploitation by the upper classes.

What they don’t realize is that they are actually assisting a psychopath (Mao Zedong) and his enabler (Zhou Enlai) to take the country to the brink of destruction – and kill many of them in the process.

It is a double tragedy: the Chinese people and many of the Communists themselves don’t know it yet, but they will both suffer immensely at the hands of Mao later on. And Snow, the American journalist, helps weave a propaganda web that will eventually propel Mao to a position where he can’t be stopped anymore.

There are a few rather merry interviews with people like Peng Dehuai or Xu Haidong in this book. Many of them went through great ordeals later on, and both Peng and Xu would be persecuted to their deaths by Mao.

Snow’s feat of traveling to the Communist base in war-torn China is cool, and so is his storytelling. His writing style is gripping, and some of the information he shares is valuable as an example of propaganda.

If you want to read an adventure story set in 1930s China, and you stay aware of the fact that this is mostly propaganda, then by all means read this book.

Also read: Ma Jian, for an account of what China became in the decades after.