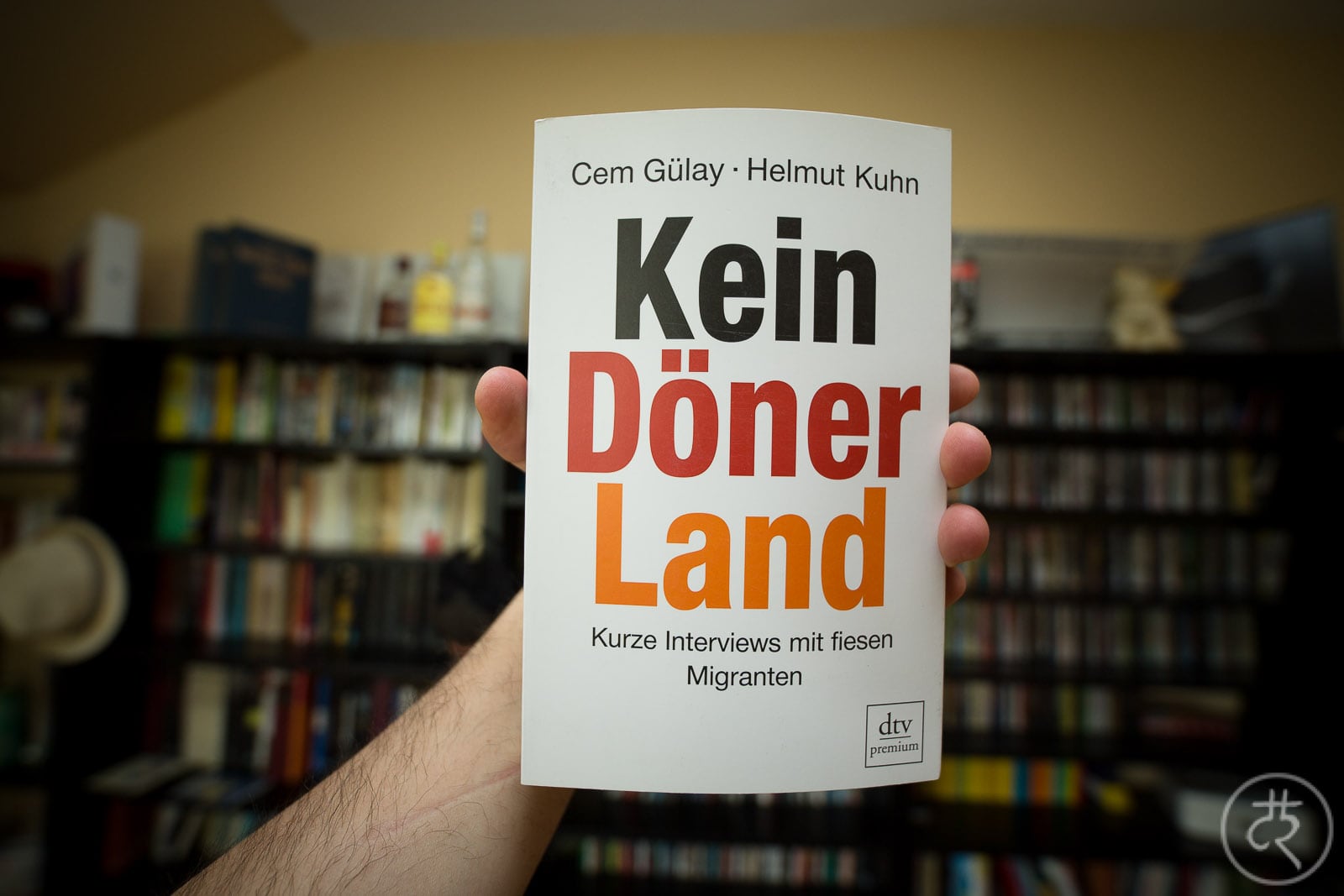 an opinion about “Turkish Germans”

[note: I’ve been reading the German original – it was co-authored by Helmut Kuhn]

The story: in 2009, Cem Gülay, a German of Turkish descent, has published an autobiography about his abortive attempt at establishing a “career” as a criminal. While promoting his book, he travels all over Germany, reading mostly at schools and at cultural festivals.

This second book is about his experiences on those travels, about the people he meets and about the social unrest he encounters. Mostly, it’s about the struggle between rich and poor, and about the difficult relations between native Germans and their immigrant neighbors from places such as Turkey or North Africa.

This isn’t a book about traveling as such, it’s a book with a message. And it’s a simple book – you could even call it overly simplistic at times, both in its writing style and its reasoning. But that doesn’t make it bad.

Gülay and his co-author work hard to get some of their points across:

These points seem to be valid.

There are some interesting questions that come up in this book. Why does Neo-nazism seem to flourish more in the East of Germany than in the West (with the West having a much higher percentage of immigrants)? Should there be quotas requiring schools to be “mixed”? Why do girls from immigrant families seem to fare better than their male counterparts?

Many of these issues seem to not only pertain to Germany, but to Europe as a whole.

Gülay’s feat of traveling through Germany on a book tour is nothing. His story telling is okay, his writing style isn’t. Some of his insights and observations are valuable, though.

If you’re interested in the situation of people with migrant backgrounds in Germany, read this.

Also read: Bill Bryson, for a humorous perspective on the USA.