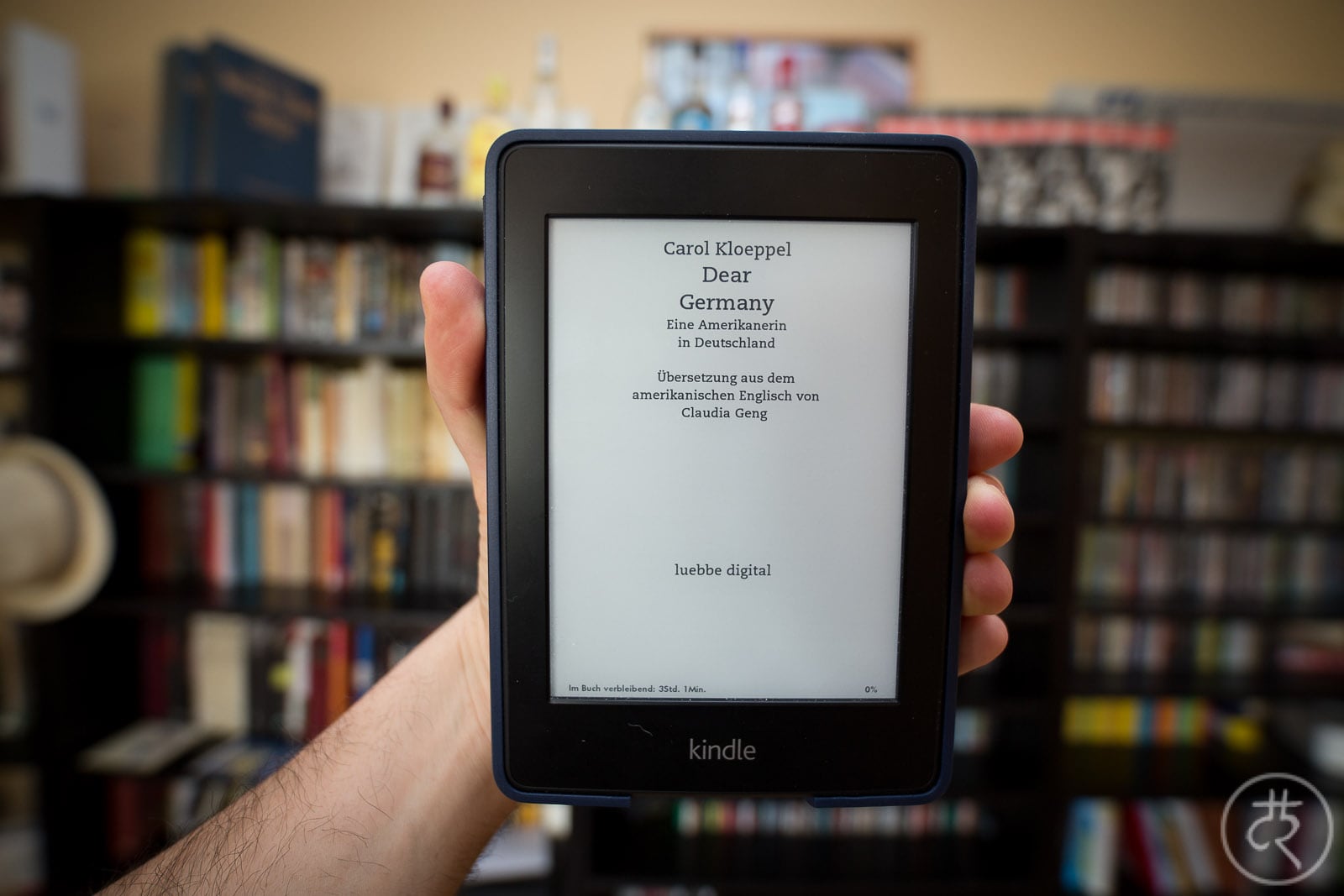 [note: this book was apparently written in English but published only in German, with no English edition available yet – I’ve been reading the German version]

The story: in the early 1990s, American journalist Carol Kloeppel works for German foreign correspondent Peter Kloeppel. The two get into a relationship, and in 1992 she returns home with him. Home to Germany.

They settle down in Cologne, get married and have a daughter. Peter goes on to become one of Germany’s best-known anchormen, and Carol works as a journalist. Then she writes this book about her life in Germany. A cheerful book. An insightful book. At least that’s what you would think.

There are some cheerful moments and some glimpses of insight. Kloeppel talks about things that tend to get lost in translation, about her life in a German neighborhood, and even about sexuality. I particularly enjoyed reading about German idiosyncrasies like the one where we stand in line in a grocery store until a new cash register gets opened and it basically turns into a melee.

But sadly, most of the book is rather dull. At some point it basically feels like a list of complaints. Don’t get me wrong, I would have loved to read a mean roast of Germany, but the way Kloeppel writes seems both bitter and tame at the same time.

She talks about potentially hilarious phenomena like nudism, recycling regulations, or the carnival, and yet something within her conservative soul seems to hold her back from coming up with anything resembling self-irony. Which is exactly what would have saved her book. Self-irony.

Kloeppel’s feat of living in Germany is nothing. Her storytelling isn’t bad, her writing style is okay, and some of the insights and observations she shares are interesting.

If you want to read about Germany from an American perspective, this book might be right for you. It’s not all bad.