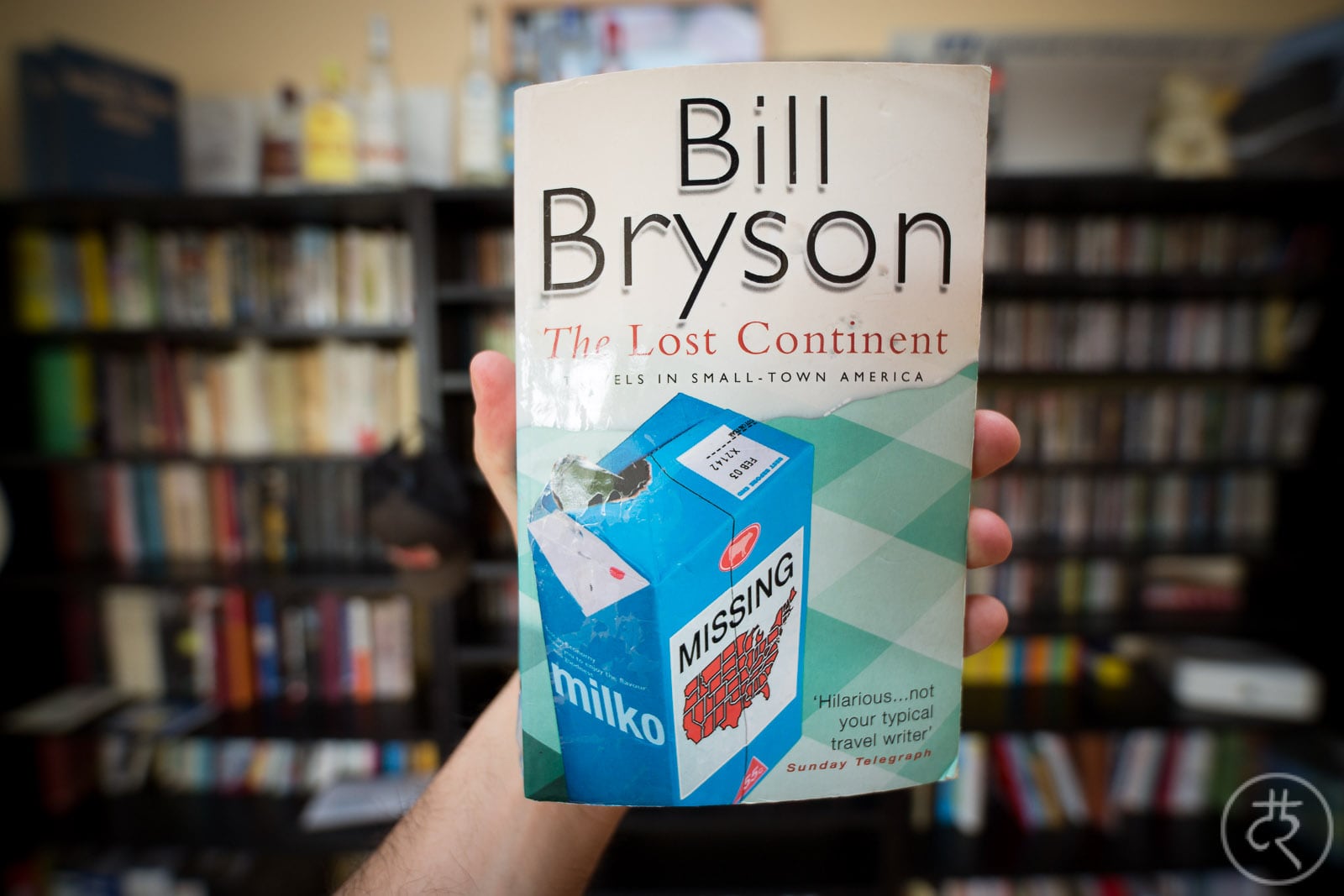 The story: in the mid-1980s, Bill Bryson, an American writer who lives in the UK, goes back to his hometown of Des Moines, Iowa. He rents a car and drives around large parts of the US in two trips (one east, one west), looking for what he calls “small-town America”.

America in the eighties

The book is fun and insightful. Bryson takes a humorous and sharp-witted attempt at revealing some of the dynamics of Reagan’s America in the mid-80s: the ever increasing dependence on cars, the advent of gated communities, the decline of the inner cities, the fragmentation of society, etc.

But Bryson’s writing isn’t just that of a keen observer, though. He is also a rather personal story-teller. Unlike Peter Fleming or Nigel Barley, who are fun to read but can appear a bit aloof sometimes, Bryson manages to be humorous without distancing himself from his surroundings.

Maybe it’s because he is writing about his home country, but he seems passionate about the things that are happening around him. I feel right there with him when he is angry or happy, and it makes me feel more immersed in the book.

Bryson’s feat of driving around the States is nothing. His storytelling is very good, is style is hilarious and smart, and the insights and observations he shares are pretty awesome.

If you’re interested in the United States during the mid-eighties, or if you just want to read something funny, this might be the one.

Also read: Ma Jian, for an account of drifting through China just a few years earlier.