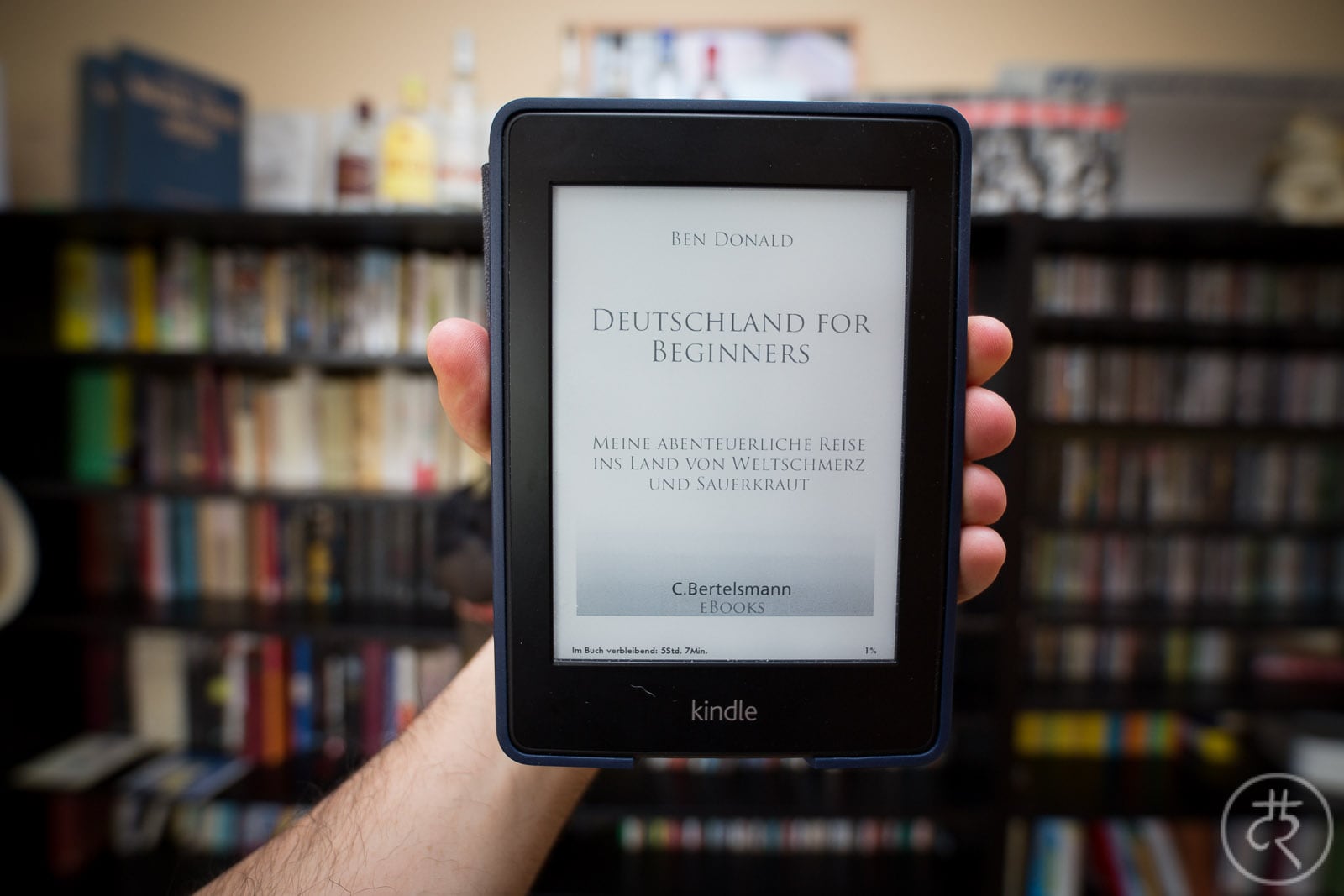 The story: in the mid-2000s, British journalist Ben Donald has grown sick of traveling. This changes when he runs into a guy who claims to be a travel coach and who sends him to Germany. Germany doesn’t sound like fun at first, but Donald starts enjoying it after a while, and he returns for some more visits later on.

In fact he is all over the place. Tracing down the birthplaces of German fairytales. Looking into the business of buying and selling castles. Checking out nudist beaches. All over the place. His “travel coach” is always there to point him through the underbrush of German clichés and non-clichés, and in the end, Donald has not only learned a lot about Germany and the Germans, but he has also regained his former love for traveling.

The core of the book is pretty good. Donald doesn’t care to skip over any of the worn out clichés, but I didn’t mind. His writing stays humorous for the most part, so it doesn’t really get boring.

I liked his thoughts on the great educators of Germany in the 19th century, like the “father of gymnastics” Friedrich Ludwig Jahn and the hydrotherapy guy Sebastian Kneipp. Also, Donald offers a few interesting links between some of the more “typical” German attributes and the movement of Romanticism (also 19th century), something definitely making this book worth a read.

So yes, it was basically a good book. If only Donald had gotten rid of the travel coach character!

Honestly, it looks like someone in the publishing house just said something like “you need to have more of a storyline!” or “can’t you have another person who mirrors your own observations?” – so Donald had to come up with his weird travel coach.

This character is so strangely devoid of any credibility that he manages to propel the entire story into an obscure twilight somewhere between fact and fiction. As a reader, I felt left in the dark: was the paragraph that I was reading factual or made up?

Donald’s feat of traveling around Germany is nothing. His storytelling is basically good, but it gets weighed down by that travel coach character. His writing style is nice. Some of the observations and insights he shares are good.

Also read: Tuvia Tenenbom, for a different look at Germany.