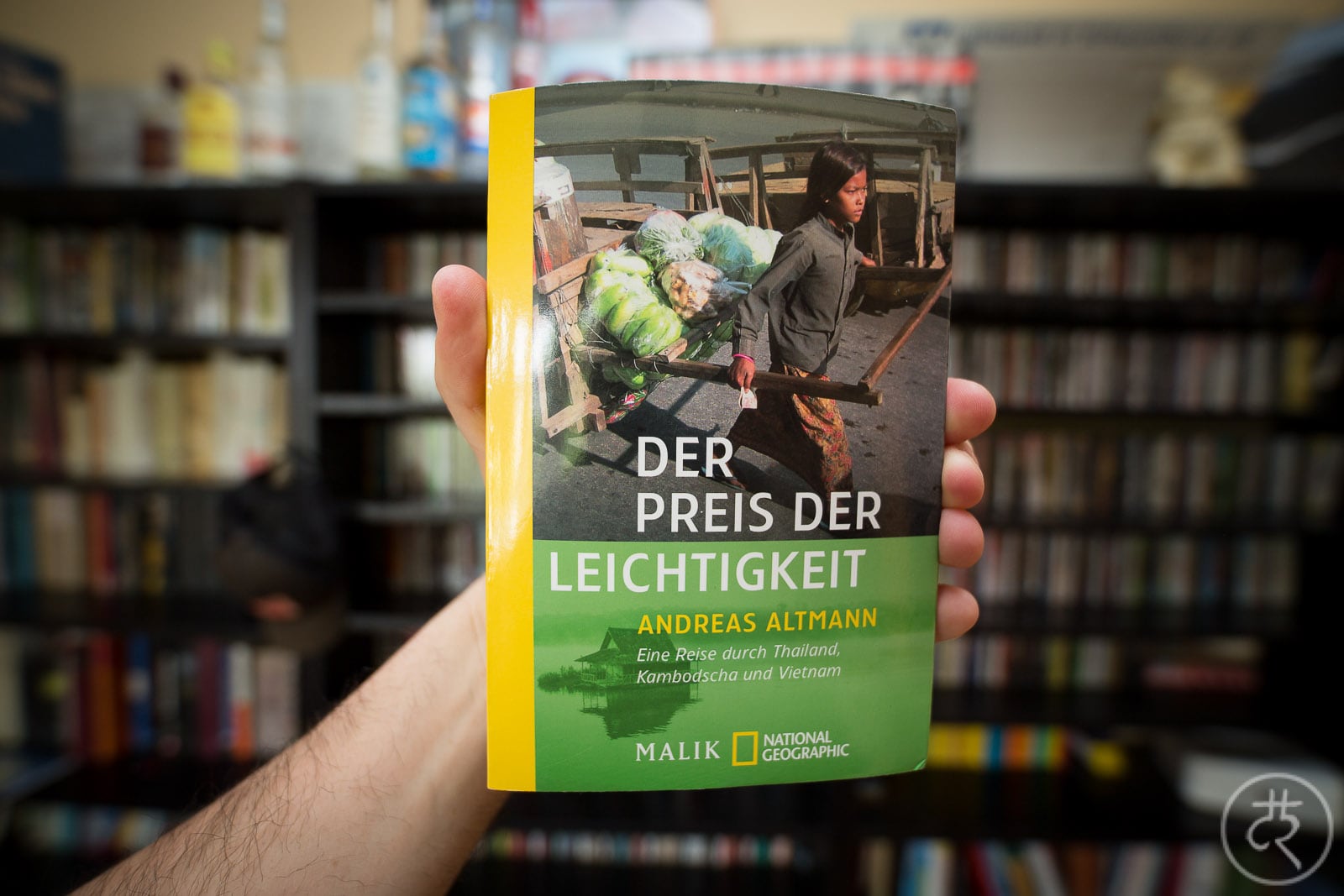 The story: in the mid-2000s, German travel writer Andreas Altmann undertakes an overland trip around some parts of Southeast Asia. He visits Cambodia, Thailand, Vietnam, and (briefly) Myanmar. He does things like helping out in a clinic, hanging out at a pool, going to a market, or riding on a bus.

A few of the people he meets are friends he knows from previous trips, but most of the people and the places are completely new to him.

The resulting book is an easy read, at least it’s well-written. However, I still didn’t enjoy it very much. I felt that there was a considerable sense of distance between Altmann and his surroundings. More often than not, it seemed as if he was looking at things from afar.

I guess this might be due to the language barrier. But maybe it’s not just that. Maybe there’s a lack of curiosity there.

Another thing that annoyed me is that Altmann seems to have the habit of preaching to his readers. While following him around Southeast Asia, I learned that television is bad, that the Abrahamitic religions are bad, that automobiles are bad, and that the banning of cigarettes from public places is bad. Needless to say that Altmann is a smoker.

Obviously, not all of his preachings are as stereotypical as the above. I give Altmann props for making fun of the popular myth of “Orientals never show their feelings and always keep their face”, for example. But the book would have been better without the preaching.

Altmann’s feat of traveling overland through Southeast Asia is nothing. His storytelling is good, although there is no underlying arch. His writing style is great. His observations and insights aren’t so bad, either.

If you’re into travel writing from a European’s perspective in Southeast Asia, you could give this one a try.