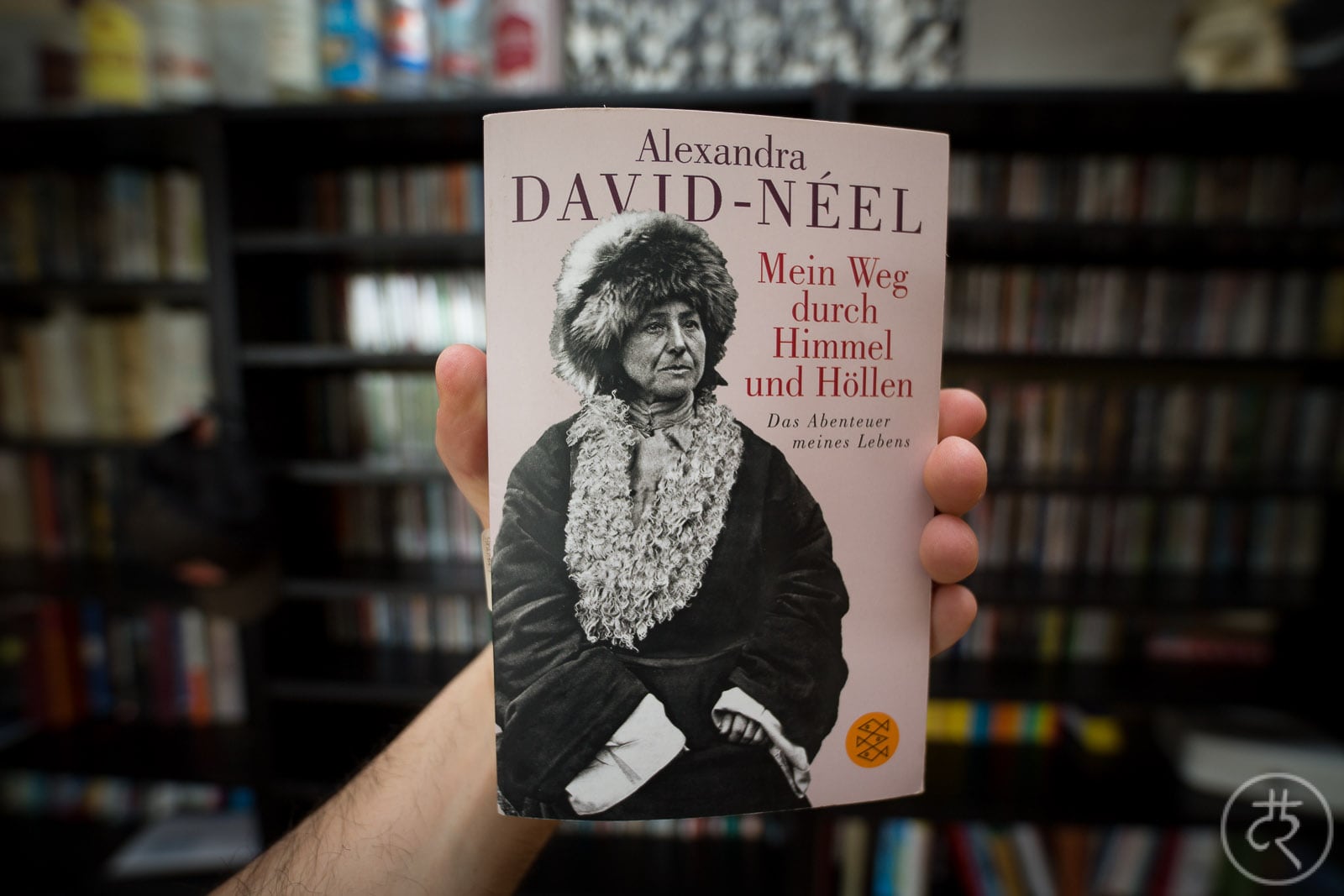 The story: in the early 1920s, Alexandra David-Néel, a French explorer and enthusiast in all things East Asian, is already over fifty years old when she embarks on a trip to Lhasa. She takes a Tibetan monk along (whom she has adopted), and they start from the province Yunnan, making it to Lhasa and back.

Since Central Tibet is strictly off-limits to foreigners back then, she disguises herself as a Tibetan panhandler, which means that the journey needs to be made on foot.

I have to admit I was expecting this book to be a bit less annoying. The writing and the story are both generally okay, but there’s too much esotericism in there. And too much toughness.

One scene exemplifies the whole thing quite beautifully: when David-Néel gets cold on a mountain pass, she decides to just sit down and perform an arcane meditation ritual to raise her body temperature. This reminded me of Paulo Coelho.

Generally, David-Néel seems to be a bit full of herself and her toughness. Yes, her accomplishment of reaching Lhasa is awesome, and yes, she is very tough, but sometimes she seems to be parading it around like a trophy. If she were a man, she would sound like a macho.

There are some interesting parts to this book, though. Whenever David-Néel takes a step back from talking about her own immense toughness, she manages to observe and describe the daily lives of the Tibetan people. This is during a moment in recent history when Tibet is an actual independent country.

David-Néel’s feat of reaching Lhasa in the 1920s (as a woman!) is amazing. Her storytelling isn’t bad, her writing style is okayish. The observations and insights she provides are historically valuable.

If you’re into Tibet, you might want to give this one a try.

Also read: Ella Maillart, for an account by a female traveler in Northwest China a decade later.