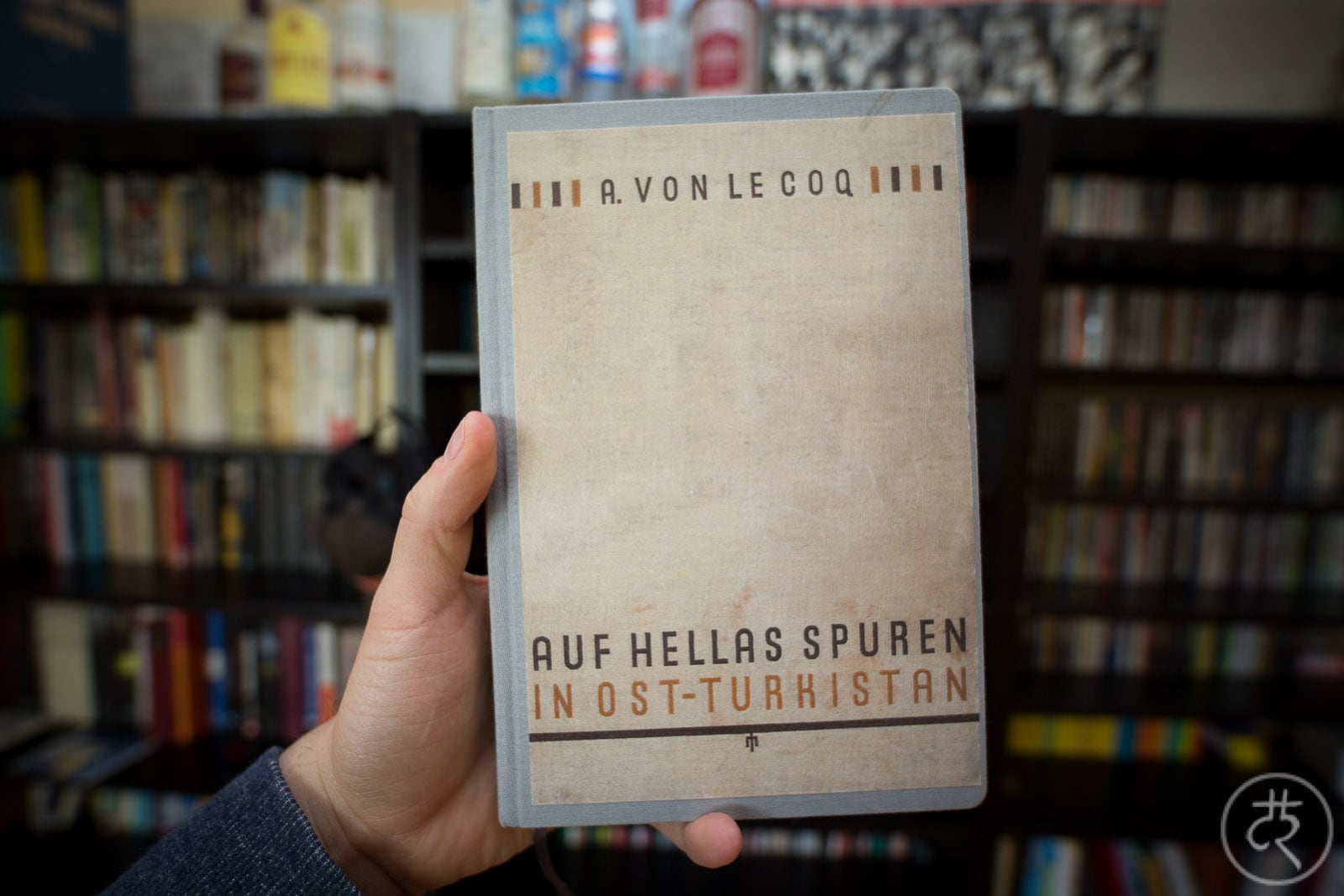 The story: in 1902, German archaeologist and explorer Albert von Le Coq ventures into Central Asia. Much like Sven Hedin or Nikolai Mikhaylovich Przhevalsky before him, he wants to find ruins and sunken treasures.

With a team of fellow explorers, he makes digs around Ürümqi, Turpan and Hami, and he manages to transport home (i.e. Berlin) a trove of manuscripts and artefacts. But in order to do that, he has to literally slash and saw some of them out of their ancient resting sites.

The book is surprisingly interesting. Le Coq provides us not only with scientific details about his mission, but also with little stories as well as cultural and linguistic observations. There is a bunch of black & white photographs in this book, along with maps and statistics, and it’s not a dry read at all.

There’s always the ethical argument. In this case, some might say that Le Coq should have left the relics in peace rather than ship them off to Europe. I generally agree with this notion, but it’s important to understand that from his point of view he was doing everyone a favor by “saving” priceless artefacts from destruction. With an air of disbelief, he tells of cases where local farmers were repurposing temple ruins as sheep barns.

Besides, Le Coq is almost intimidatingly well-educated. Here’s a passage I highlighted:

“In the evenings, after I got done with Turkish, I would decorate the walls of our room with sayings and verses in Arabic, Persian, German, Latin, Greek and the European languages that I knew.”

Le Coq’s feat of leading an expedition into Western China at the time isn’t bad. His storytelling is solid, his writing style is good, and the observations and insights he shares are great.

If you want to get a glimpse into Western China at the end of both Tsarist Russia and the Qing Dynasty, or if you are interested in the mindset of some of the last European explorers, then this book is perfect for you.

Also read: Heinrich Schliemann, for more insights into China a few decades prior.