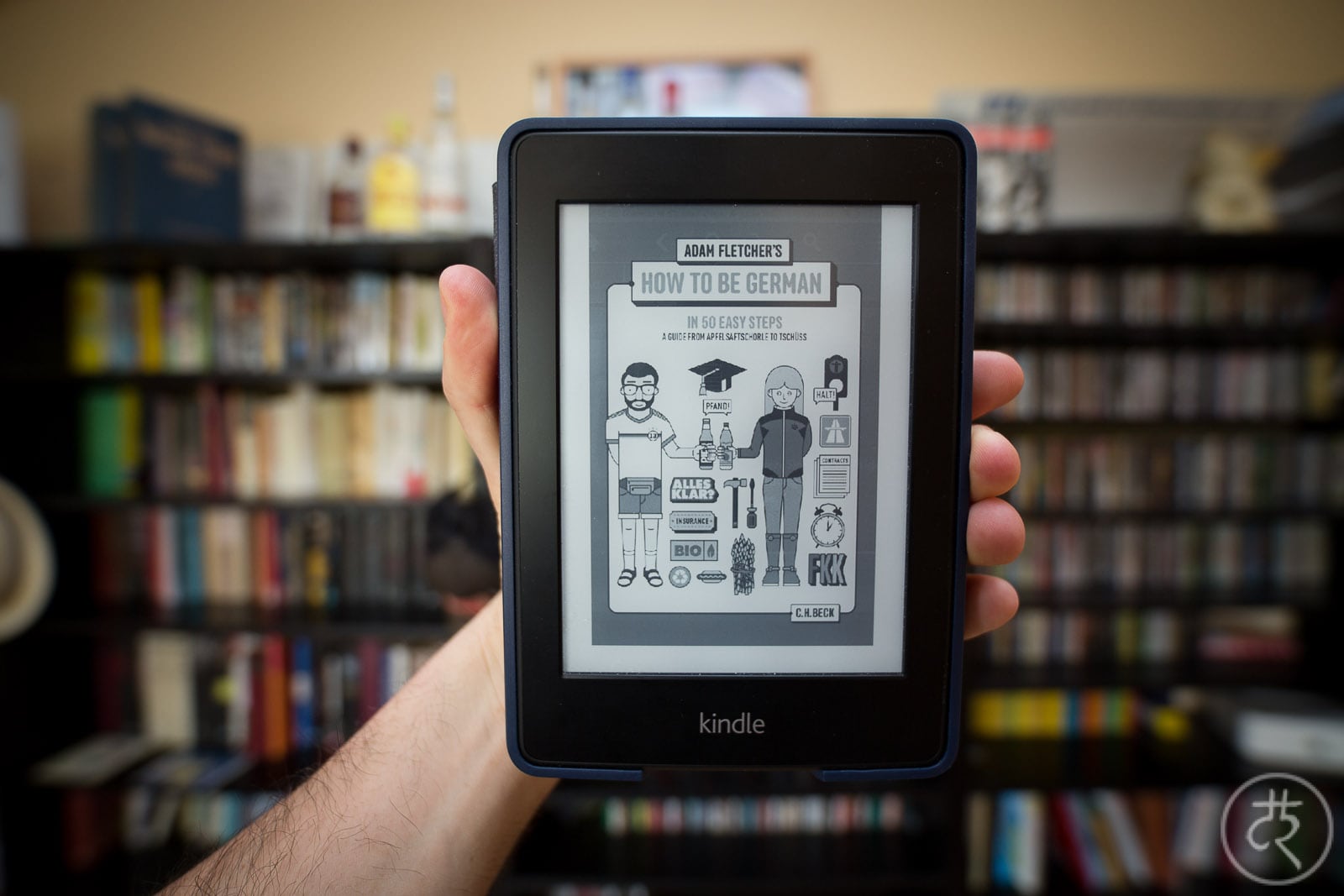 the power of Spezi compels you

The story: AF is a young British dude who for obscure reasons decides to spend some time in Germany, first in Leipzig then in Berlin. He slowly gets to know the population and its peculiarities and eventually publishes a blog post: “How to be German in 20 easy steps”. The twenty steps are as hilarious as they are smart, and they turn into an instant success, attracting hundreds of thousands of readers. For this book, AF has compiled some more additional tips on how to be German and added some cute illustrations. The result is pretty nice.

There’s something special about the book though: the paperback and the e-book are entirely different. If you buy the e-book, you get either the English or the German version, but if you decide to invest a bit more and opt for the paperback, you actually get both – it’s a dual-language edition. Still, it is a very light book, which you can basically finish in just a few enjoyable hours. AF has an awesome sense of humor, and his observations are refreshingly original, enabling him to successfully steer around most of the over-used clichés that tend to make laughing at Germany such a tedious matter.

Adam Fletcher, for Germans and friends

Okay, so is a book for everyone? I wouldn’t say so. Most of the jokes actually require you to know a bit about Germany beforehand, otherwise you might not be able to get them (like that awesome one about Spezi). So if you are either German yourself or you already have a bit of knowledge about the place, you should get your hands on this book.

I am almost sure you will find it hilarious!
8/10.